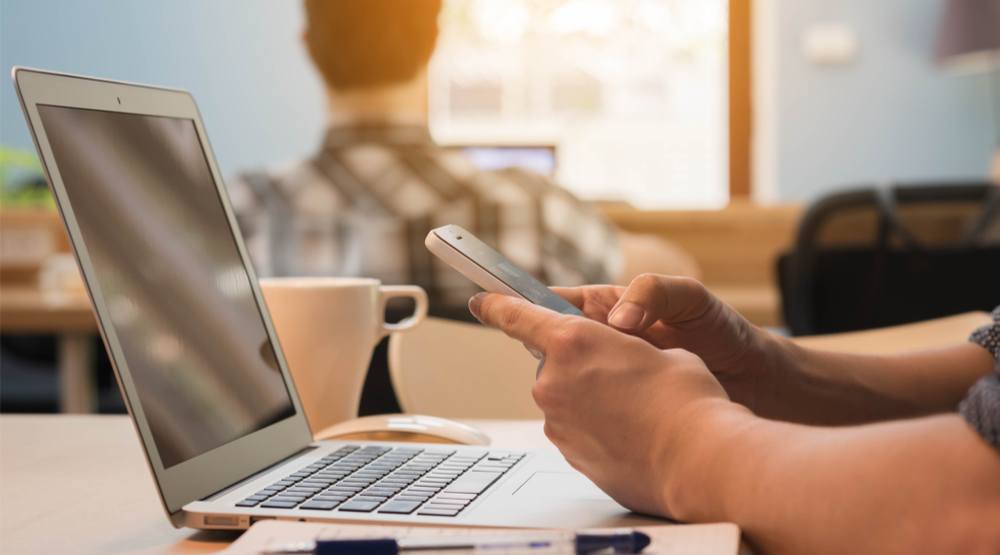 If you feel like you don’t get much accomplished during the work week, it could be because you’re wasting a lot of time on your cell phone.

According to a new survey by staffing firm OfficeTeam, Canadian professionals say they waste an average of 43 minutes every work day, which averages out to more than three and a half hours per week.

Although this number goes up as employees also admit to using an average of 40 minutes a day on personal tasks. “All in all, the average employee could be wasting nearly 7 hours per work week on activities unrelated to the job,” states Office Team. That squandered time mainly goes towards checking cell phones for non-related work purposes.

The survey also found that younger employees ages 18 to 34 spent the most time on their phones, racking up nearly 58 minutes per day on their mobile devices.

The report indicates that workers are using their cell phones to check social media sites and entertainment web pages blocked by their companies.

More than one-third of employees (35 %) often use their personal devices at work to visit pages that are banned by their company. 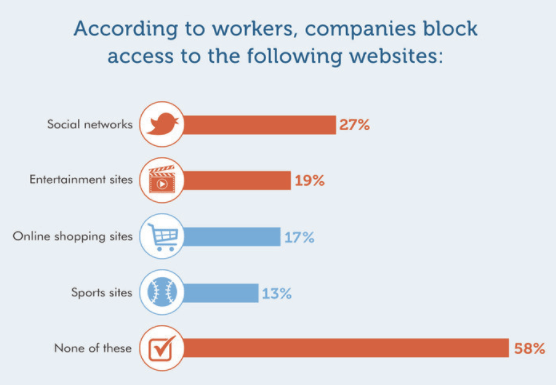 And it seems that men are more likely to check blocked sites than women. The report found that 41% of male workers frequently use their cell phones to access blocked websites in the office, compared to 29% of females.

“While managers recognize that staff will periodically need to check in on their life outside of work, employees should try to limit distractions from personal texts, emails or errands,” said Koula Vasilopoulos, a district president for OfficeTeam, in a release.

“To stay focused and productive, turn off the ringer of your mobile devices while working and instead use your breaks or lunch hour to catch up on personal matters.”

Guess it’s time to put your phones away and get back to work.