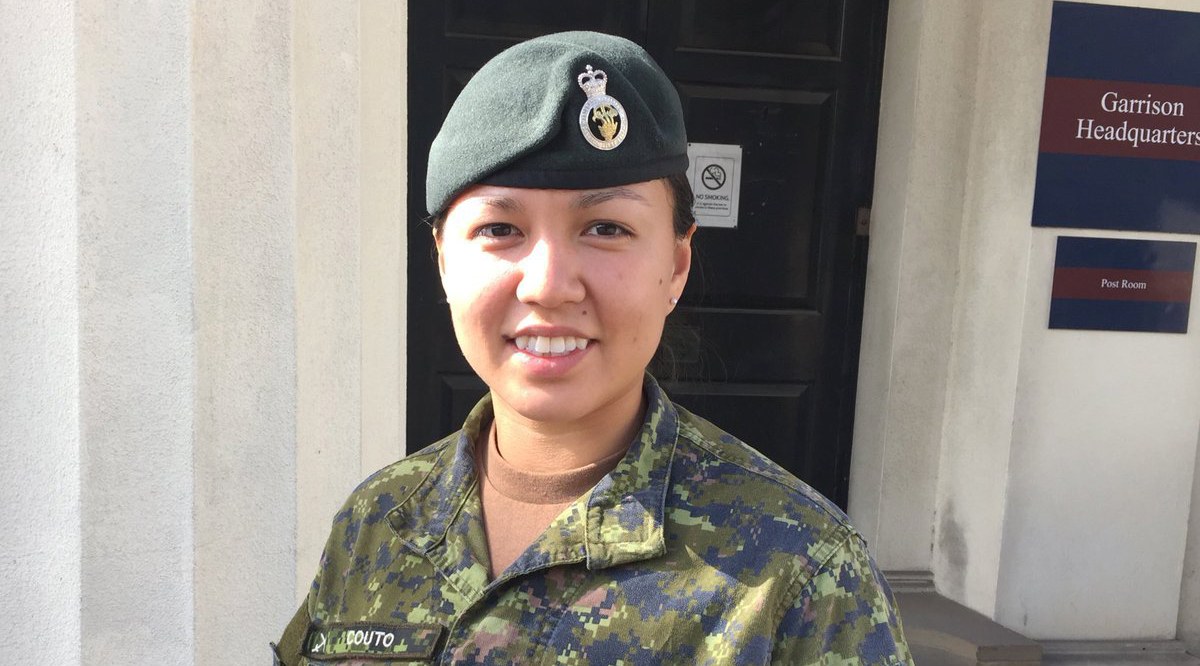 A Canadian soldier has become the first woman to captain the Queen’s Guard during the Changing of the Guard at Buckingham Palace on Monday.

Watch as Canadian Soldier Captain Megan Couto becomes the first female ever to Captain The Queen’s Guard during Changing the Guard. pic.twitter.com/iSjgX98Eaz

‘The Patricia’s’ visit to London coincides with the 150th anniversary of Canada and the Canadian Confederation. pic.twitter.com/CyNGFKxpay

The Queen’s Guard are soldiers charged with guarding the official royal residences in the UK, according to a news release from the Government of Canada.

The Guardsmen are highly trained infantry soldiers, who in addition to their combat role also undertake ceremonial duties and act as sentries during the day and night.

The residences they protect include Buckingham Palace and St. James’s Palace, the London home of the Princess Royal, and Princesses Beatrice and Eugenie of York.

Other royal residences guarded by the Queen’s Guard include Windsor Castle, the preferred weekend home of Queen Elizabeth II, and the Tower of London.

The Changing of the Guard marks the moment when the Old Guard hands over responsibility for protecting the royal residences to the New Guard.

The ceremony, which is hugely popular with tourists, does not occur every day, but when it does, it usually begins on the forecourt of Buckingham Palace at 11 am sharp.

It follows a march by a detachment of the Old Guard, with musical support, from St. James’s Palace and the New Guard led by a Regimental Band from Wellington Barracks.

The Queen’s Guard is normally provided by one of the five regiments of Foot Guards from the Household Division, instantly recognizable in their bearskin caps and scarlet tunics.

However, to celebrate Canada 150, some 80 personnel from the Canadian infantry and 35 members of the Royal Canadian Artillery Band have assumed duties as the Queen’s Guard.

The mounting of the Queen’s Guard by Canadian forced began on June 16 and will continue until July 3, 2017, said the Canadian government release.