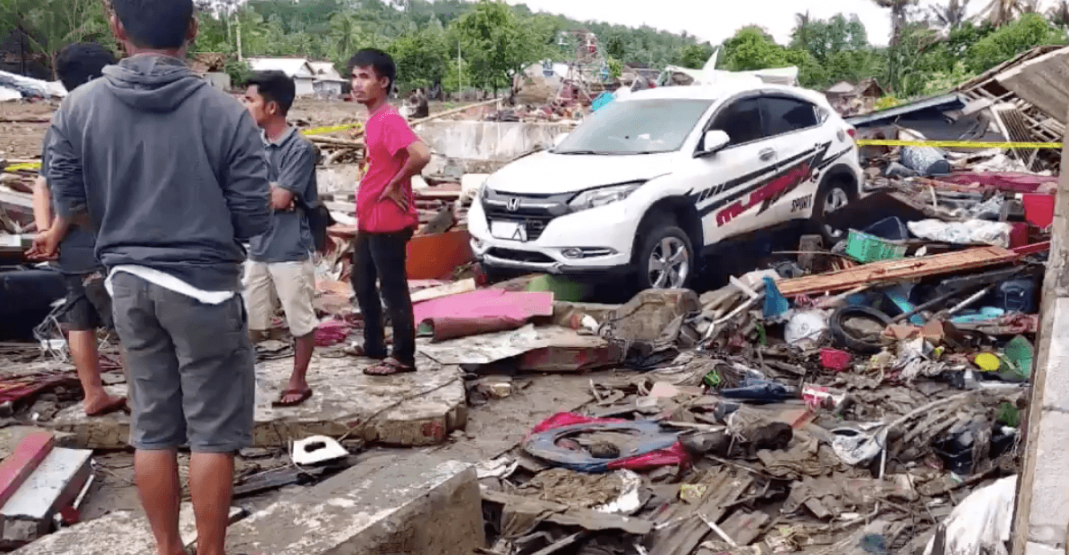 Global Affairs Canada has confirmed that they are unaware of any Canadian casualties caused by Indonesia’s deadly tsunami on Saturday.

On December 22, a tsunami occurred in the Pandeglang, and South Lampung regions of Indonesia.

Since then, a travel advisory has been issued by the Canadian government, asking its citizens to avoid any non-essential travel to the region.

According to the advisory, the tsunami was triggered by an undersea landslide after the eruption of Anak Krakatau volcano and caused numerous casualties.

“Canada is deeply saddened by the tragedy caused by the Sunda Strait tsunami in Indonesia,” said Brendan Sutton, a spokesperson for Global Affairs. “We offer our sincerest condolences to the families and loved ones of those killed and wish a swift recovery to those injured. We are not aware of any Canadians who have been affected.”

Indonesia’s National Board for Disaster Management (NBDM) reported in a Facebook post that a total of 222 people are currently confirmed dead and 843 injured.

Canadians in or near the affected areas are being advised by Foreign Affairs to follow the instructions of local authorities and monitor news reports.

This death toll is expected to increase, according to the NBDM, as not all victims have been evacuated, nor have all districts reported in casualty totals.

Earlier today, Justin Trudeau joined a chorus of world leaders, when he Tweeted a statement of support for those impacted by the natural disaster.

“We send condolences to everyone affected by the tsunami that caused so much devastation on the Sunda Strait,” says a post to his official account. “Canadians’ thoughts are with you and our government is ready to offer assistance if needed.”

A very shocking and tragic situation in Indonesia – today we send condolences to everyone affected by the tsunami that caused so much devastation on the Sunda Strait. Canadians’ thoughts are with you & our government is ready to offer assistance if needed.