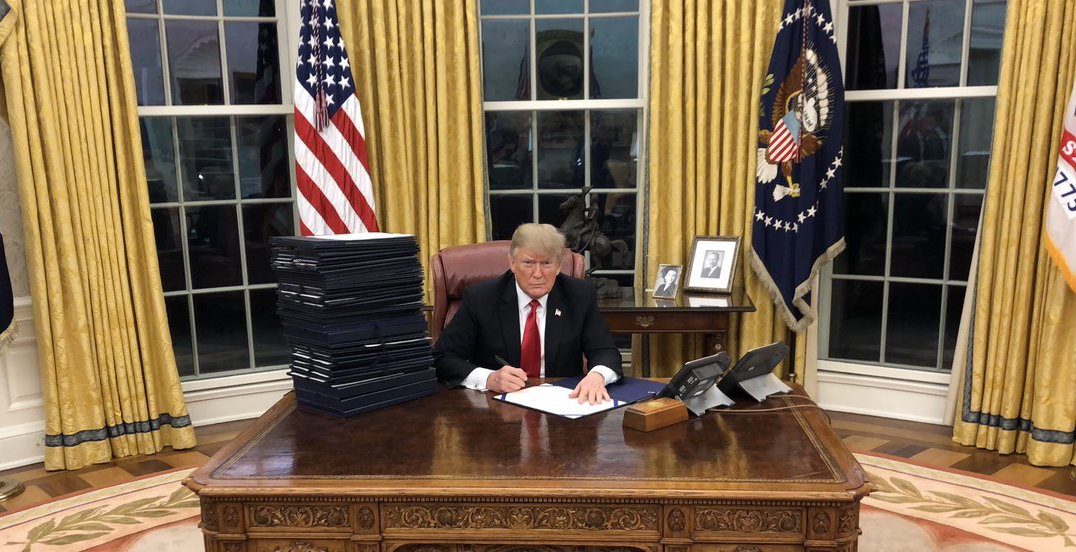 The US government is under a partial shutdown over President Donald Trump’s $5 billion wall along the US-Mexico border.

“Regrettably, America has now entered a Trump Shutdown,” said Speaker-designate Nancy Pelosi in a statement. “Instead of honoring his responsibility to the American people, President Trump threw a temper tantrum and convinced House Republicans to push our nation into a destructive Trump Shutdown in the middle of the holiday season.”

Pelosi, who released a joint statement with Senate Democratic Leader Chuck Schumer, said that President Trump has said more than 25 times that he wanted a shutdown and now he has gotten what he wanted.

In a series of tweets, Trump states the need for great border security.

“Our great country must have border security, we don’t want people coming in that aren’t supposed to be here,” Trump said, adding that the only way to achieve this is with a wall or a barrier.

A design of our Steel Slat Barrier which is totally effective while at the same time beautiful! pic.twitter.com/sGltXh0cu9

Trump said that they are negotiating with the Democrats “on desperately needed Border Security (Gangs, Drugs, Human Trafficking & more) but it could be a long stay.”

Although, he also said it wouldn’t last long.

“We’re going to have a shutdown. There’s nothing we can do about that because we need the Democrats to give us their votes,” Trump said. “The shutdown hopefully will not last long.”

OUR GREAT COUNTRY MUST HAVE BORDER SECURITY! pic.twitter.com/ZGcYygMf3a

In their statement, the Democrats say they have offered Republicans multiple proposals to keep the government open, “including one that already passed the Senate unanimously, and all of which include funding for strong, sensible, and effective border security – not the president’s ineffective and expensive wall.”

They continued by saying that “if President Trump and Republicans choose to continue this Trump Shutdown, the new House Democratic majority will swiftly pass legislation to re-open government in January.”

NOW:
Who is going to pay for the wall? American taxpayers.
And if I don’t get $5 billion from them, I’m going to shut down the government.

President @realDonaldTrump, no temper tantrum is going to get you the wall. pic.twitter.com/pK7pXcYwzk

On Saturday morning, Trump said that he would be be having lunch in White House residence “with large group concerning Border Security.”

The shutdown affects about 380,000 workers at nine of 15 cabinet-level departments, who would be sent home and will not be paid for the time off.