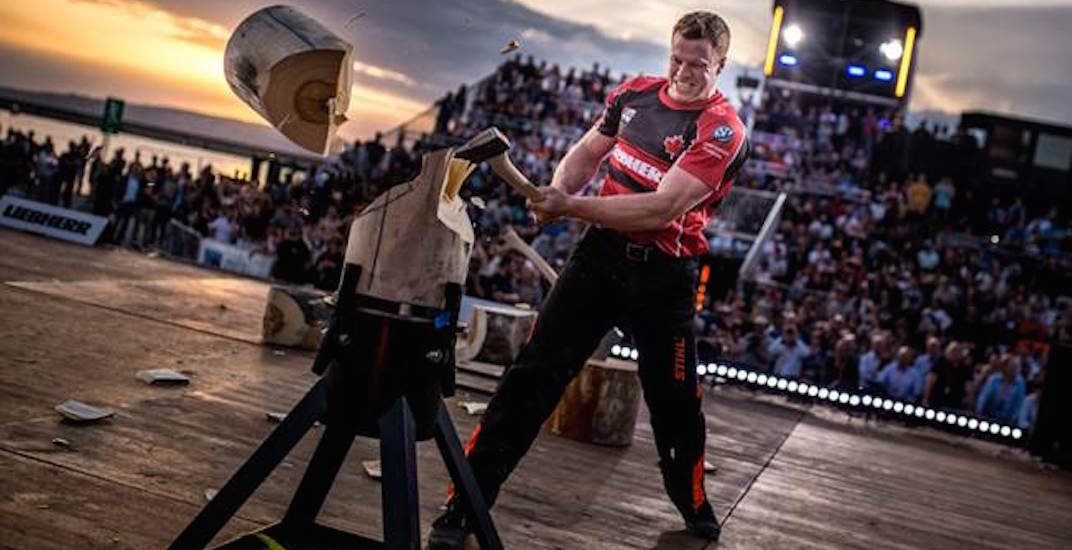 Canada’s official national sports are lacrosse and hockey, but perhaps we should give an honourable mention to another national pastime.

Vancouver’s Stirling Hart can lay claim to being a world champion after defeating the world’s best logger sports athletes over the weekend. Hart won the Stihl Timbersports Champions Trophy at a competition held in Marseille, France in what is regarded as the sport’s toughest competition.

“I’m a lumberjack, and that’s okay,” said Hart. “I sleep all night and I work all day.”

Here’s what he actually said:

“What an amazing setting for this to happen. It is a real honour to finally win this, I was so close last year.”

Hart finished in second place in this competition one year ago, so it felt extra sweet to take home the crown in 2018.