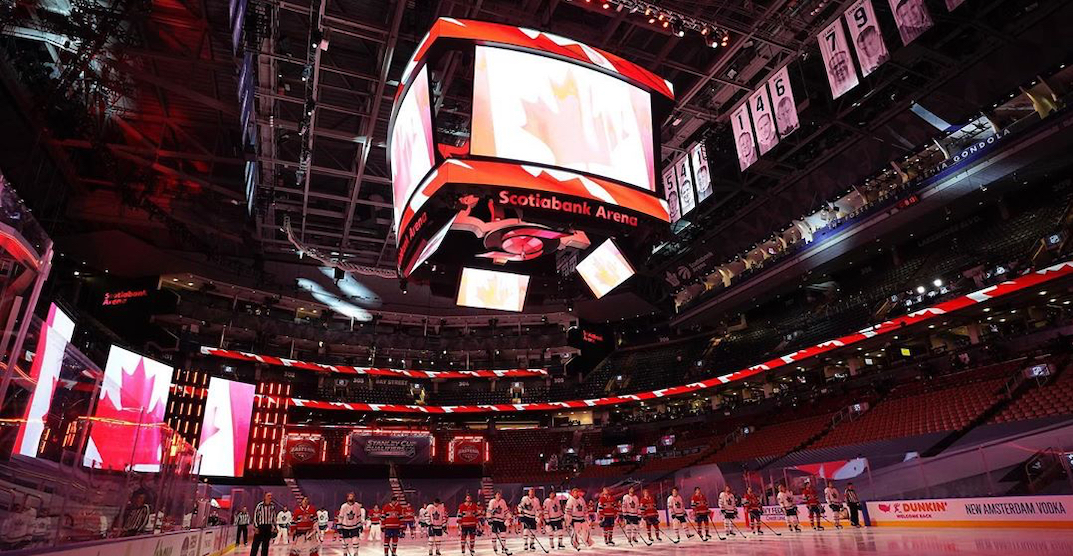 Canadian teams from around the sports world are offering their support for their leagues’ decisions to postpone games.

In statements shared across their social media channels, the Toronto Maple Leafs, Raptors, Blue Jays, and the Montreal Canadiens have backed the postponement of games in the aftermath of the Jacob Blake shooting.

“Professional sports are at their core only a game, and during this challenging time are a welcome escape for many, however at their best, they also provide a chance for people to come together and celebrate the achievement of athletes of all backgrounds,” the Montreal Canadiens said. “We couldn’t be prouder of the NHL’s players, and of those across all leagues who are making a similar stand.”

We stand with the NHL’s players. pic.twitter.com/ylSHkgd6R4

The Maple Leafs said the organization is “committed to being a force for positive action in the fight to end racism.”

The Vancouver Canucks said taking a stance and action is “bigger than hockey.” In a combined statement, Calgary sports teams say it “applauds athletes from all sports” who are amplifying the message, and the Winnipeg Jets and Ottawa Senators backed the movement, to “promote equality and social justice.”

The Winnipeg Jets Hockey Club and True North Sports + Entertainment support and applaud the move by the players, the NHL, and the NHLPA to postpone Stanley Cup playoff games in order to shine a spotlight on the racial injustices that continue to occur. pic.twitter.com/kzwKgdUNse

After postponing their Thursday night game, the Blue Jays (in a joint statement with the Boston Red Sox), said they fully support players’ decisions to join together to bring further awareness to systemic racism.

The NBA’s Milwaukee Bucks set off a chain reaction on Wednesday, after they walked off the court minutes before the start of their playoff game against the Orlando Magic. The Raptors said they “stand with their brothers,” after reposting a Bucks’ statement.

We stand with our brothers. https://t.co/NnAQJWCmu1

On Thursday, the NHL announced all of its remaining weekday games would be suspended in protest.

The four games that were scheduled to take place on Thursday and Friday will be rescheduled starting Saturday, and the league said that the remainder of the second round of playoffs will be adjusted accordingly.