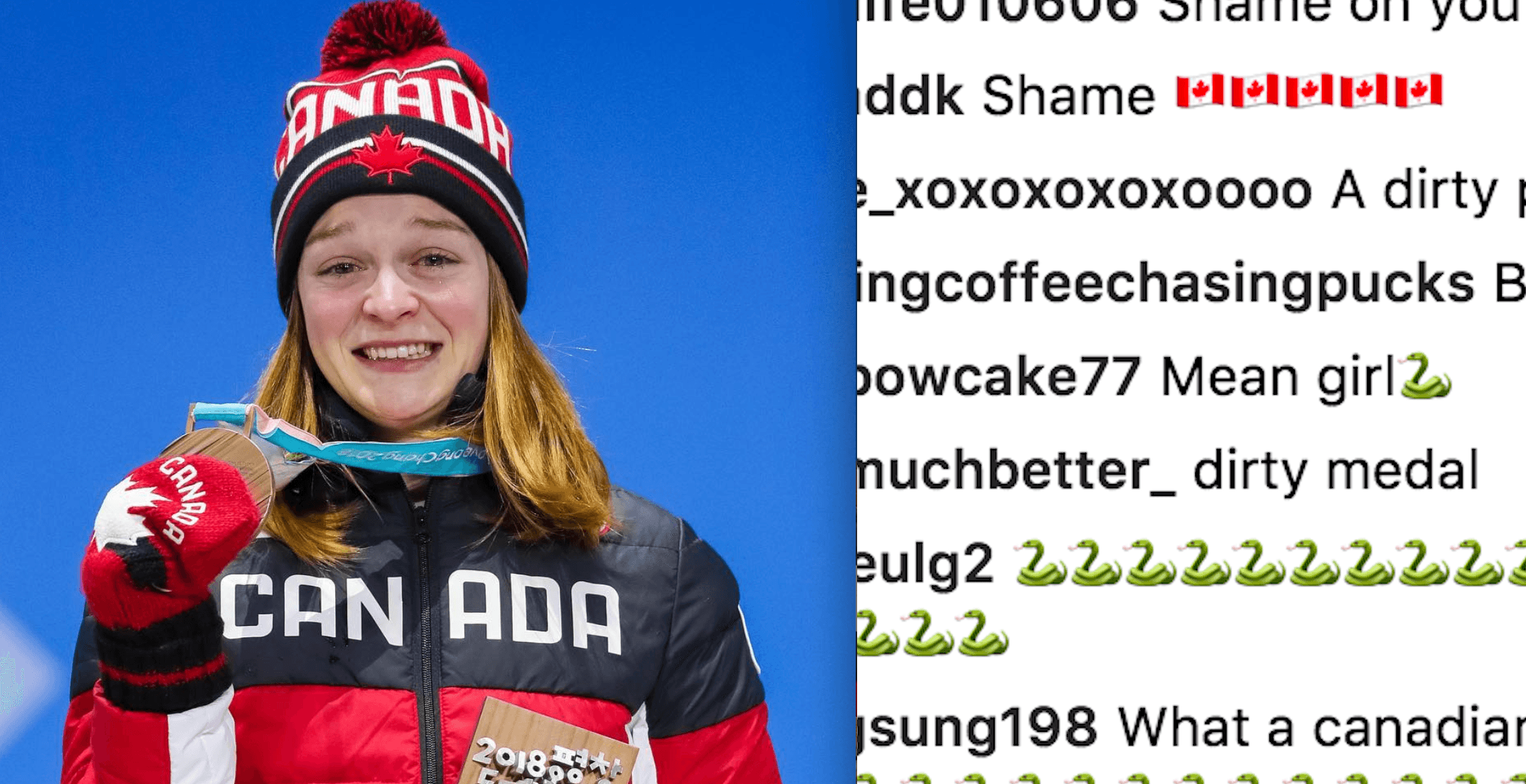 Upon review, judges determined Boutin was bumped by South Korean skater Minjeong Choi during the race. Choi was disqualified, bumping Yara van Kerkhof of the Netherlands to silver, and Boutin to bronze.

While Boutin and Canada celebrated her bronze medal win with pride, others were not too happy and turned to social media to send threats and backlash to Boutin after her ‘controversial’ win.

One example is the comments on an Instagram photo posted by Greg Kolz, the official photographer for Skate Canada and Speed Skating Canada at the Winter Games.

Kolz’s picture congratulates Boutin on her big win, but others were quick to leave nasty remarks, accusing her of being a “dirty” player” and others using the snake emoji to insinuate she cheated.

One person even went as far as to say Boutin’s hands and legs should be “cut.” 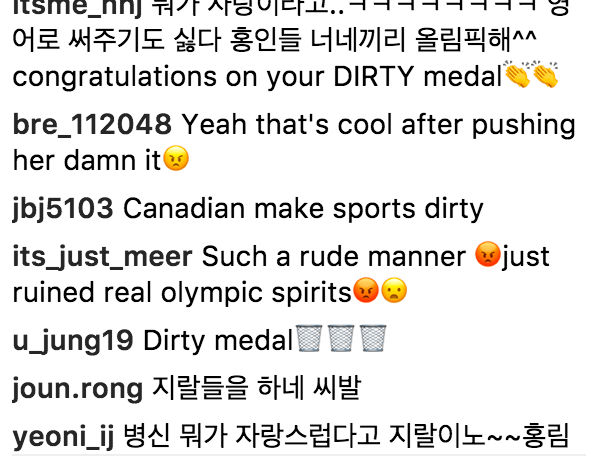 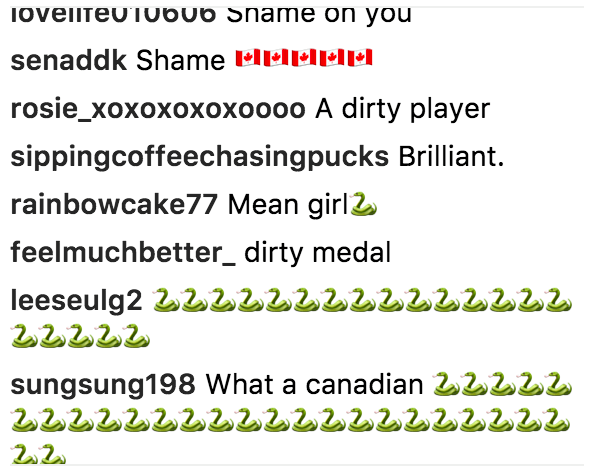 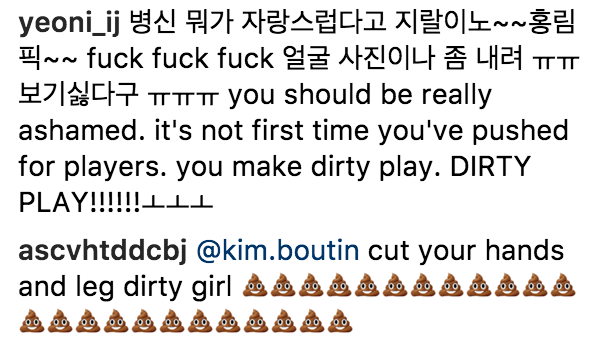 The nasty and threating comments also flooded Twitter, as many claim Boutin is the one who pushed Choi.

Here’s to #Kimboutin, I hope she goes and physically pushes more athletes in her way to get gold instead of bronze next time! What an easy game when you have no regards in personal integrity

FUCK YOU #kimboutin And her fans if there are any

IF YOU ARE HUMAN, FORGIVE YOUR MEDAL AND APOLOGIZE OFFICIALLY. I think you are not sports player, and you are not human being.

Deleted the tweet because the Canadians are still in my notifications.
Still stand by my fury with that decision and the belief Kim Boutin did not deserve to be in the final let alone win a medal.

The most incredible thing is that Kim wasn’t disqualified for her CHEATING. Enjoy your ill-gotten medal. You should be ashamed.

In a statement made yesterday, the International Olympic Committee (IOC) sent a reminder that all athletes should be respected.

It should also be noted that disqualifications in short track speed skating are common occurances, with Canada’s own Marianne St-Gelais suffering one in her first heat at Pyeongchang after a collision with another skater.