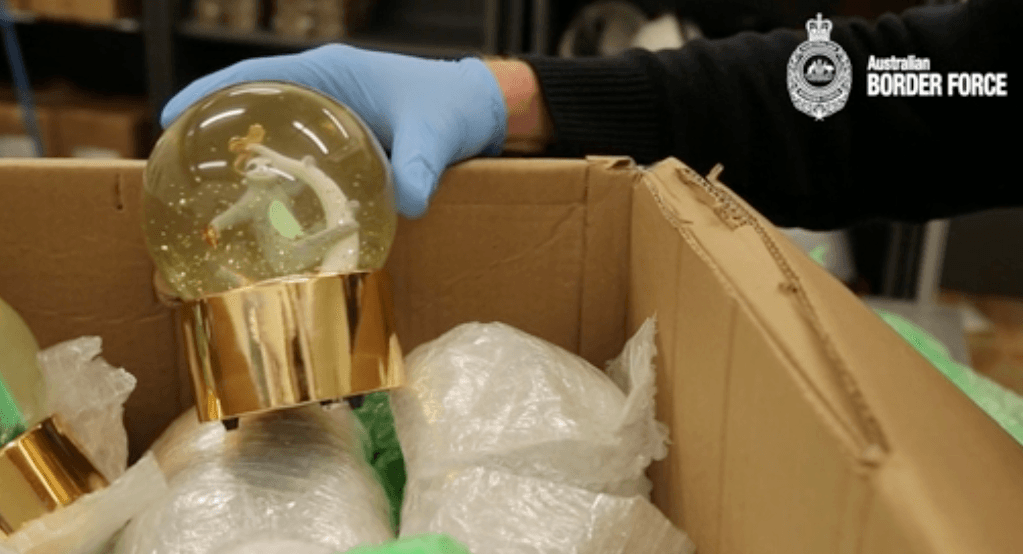 A pre-Christmas shipment of snow globes from Canada containing $1 million worth of concealed liquid methamphetamine was seized by Australian authorities.

According to the Australian Border Force (ABF), the 15 snow globes were X-rayed and subject to further examination. Substance identification testing of the liquid inside the snow globes came back positive for methamphetamine. A total of 7.5 litres of liquid meth was poured into the glass ornaments. 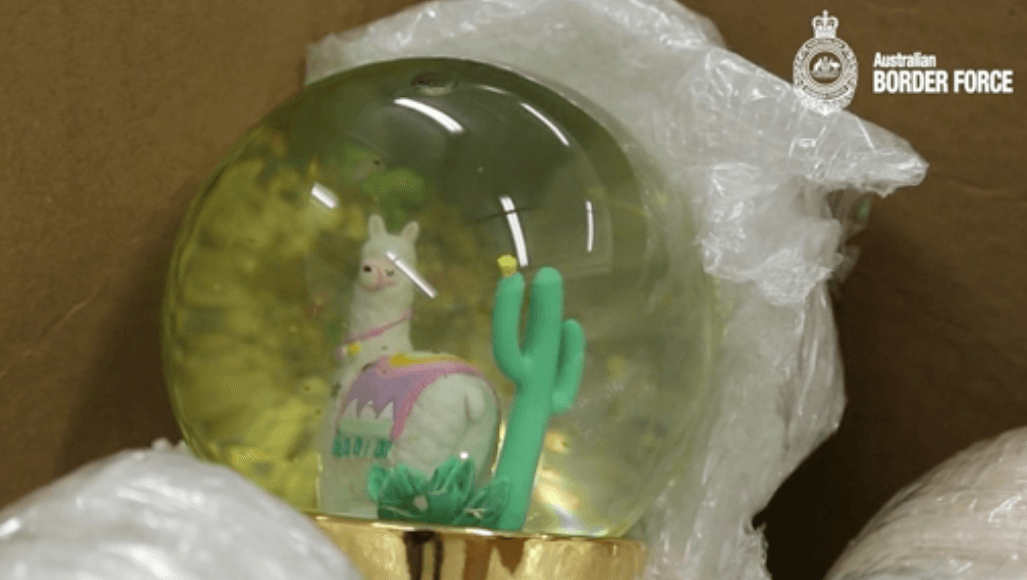 The case was handed to the Australian Federal Police for further investigation.

“Our officers continue to prove, time and time again, that criminals who attempt to hide these substances in new and imaginative ways are wasting their time. It doesn’t matter how clever you think your concealment is – we can find it,” said ABF Regional Commander NSW Danielle Yannopoulos, in a statement.

In June, a Canadian woman was arrested and charged after allegedly attempting to smuggle nearly 12 kilograms of cocaine into Australia in her suitcases.