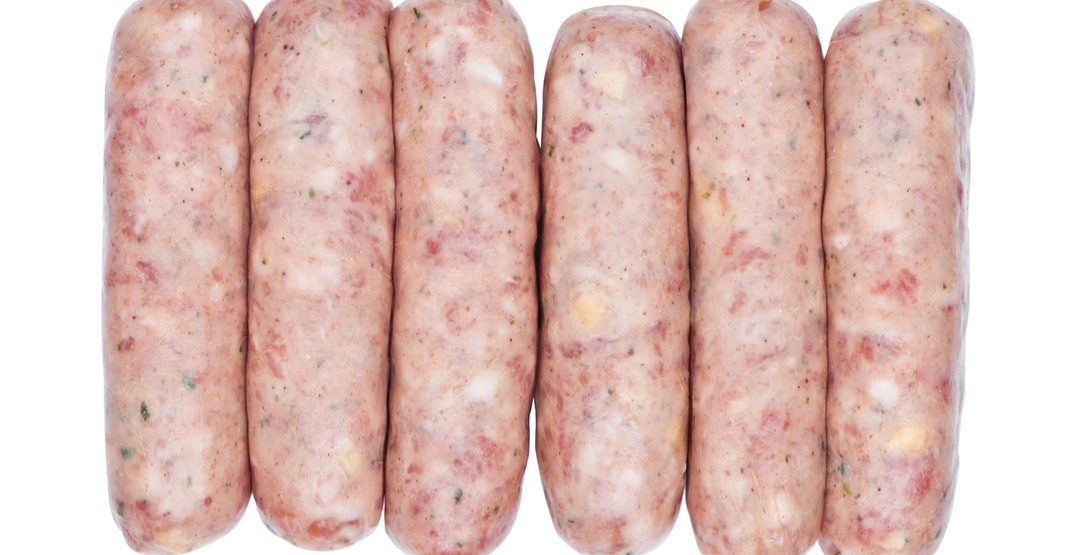 Turns out that the running joke about hotdogs being made from mystery meat might not be too far off.

Except we’re looking at sausages here, and the issue at hand is “undeclared species.”

According to a recent study by the University of Guelph, 14% of sausage samples tested contained undeclared species.

And on the flip-side, 97% contained declared species. Which means that 3% of s cases don’t contain any of the meat that they claim to.

This series of testing sought new target species (sheep and goat), in addition to the original beef, pork, chicken, turkey and horse.

So while the numbers are down from the first study conducted, it’s clear that there are still plenty of mislabelled sausages sitting on Canadian shelves.

And that’s something to chew on.