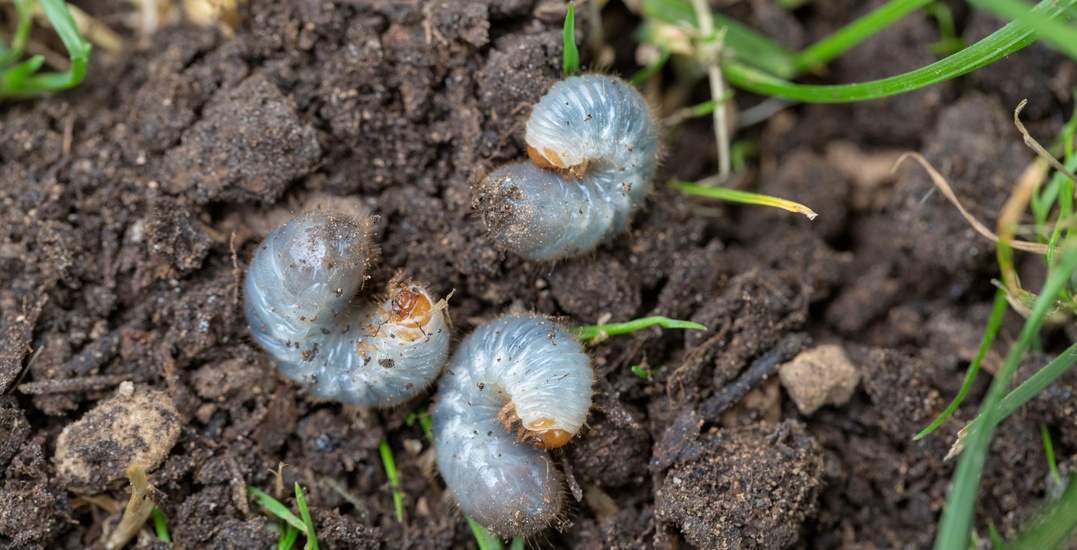 There’s plenty of grey area in life, where questions are posed and the answers aren’t totally clear.

Should you go work out, or stay home and enjoy the last slice of pie? Should you ever put pineapple on pizza? And is finding a bug in your salad really that bad?

She posted to social media after ordering a salad from Vince’s Market in Newmarket, and finding what she presumed to be a maggot.

“This is completely unacceptable and everyone needs to know about this,” reads the post.

The photo already has almost 100 comments and over 200 shares. But not everyone is agreeing with Lewiss’ disgust.

Of those comments, there are a number of people pointing out that, first, the bug is probably not a maggot, but a grub.

And second… it’s not a huge deal.

“It’s probably not a maggot… it looks more like a bug that would be eating vegetables in your garden. Doesn’t make it any less gross, but they live on those plants so it does happen. Just looks like the little guy went for a wild road trip… and the washing process wasn’t rigorous enough to brush him off,” one commenter wrote.

“Any time where there is food that is grown, you can have bugs,” wrote another.

The chorus continues with “I mean it’s gross but you do realize that it’s grown outside right… I’ve found bugs while washing my lettuce,” and the short and simple message of: “truly organic.”

“The bug appears to be a veggie grub. Common to be found in leaf lettuces as they like to get into the middle/heart of the stock,” Vince’s Market Partner Giancarlo Trimarchi wrote in an email to Daily Hive.

“We have been [washing our vegetables the same way] for over 15 years in our business and this is the first instance of a grub being found so we are disheartened by the negative perception, but understand the concern,” he wrote.

Lewiss contacted the establishment as well: “I also did speak to someone at Vince’s just so everyone knows they are aware and we have been in contact! Also very understand [sic] of the situation,” she commented on the original post.

If only Canadians had the same response to eating bugs as animated Disney lion cubs do.

Because from recent developments in the world of food that are focusing on more sustainable protein sources, it looks like eating bugs might be the way of the future.

So when it comes to being grossed out by a bug in your salad, we hear you. You can be outraged! Or… maybe try seeing it as a special add-on?

Like an additional buttered roll. Or guac that you didn’t have to pay a trillion dollars for.