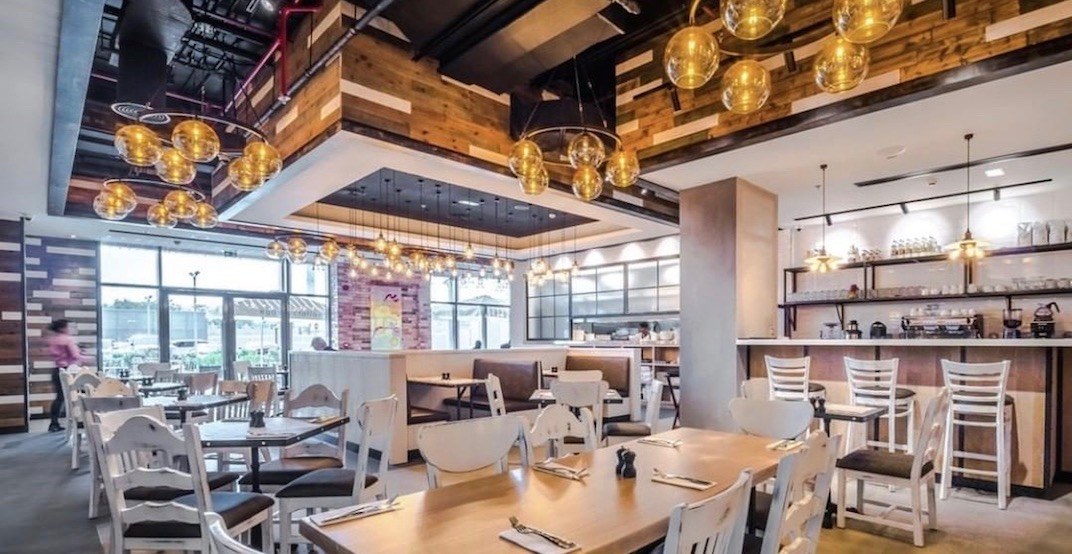 Despite our widely-recognized kind and apologetic disposition as a nation, when it comes to Canada’s restaurant chains, we don’t come to play.

Whether it’s over-the-top ice cream, an epic brunch destination, or those all-too-familiar Double-Doubles and Timbits, Canadian food and beverage brands have their eyes on international expansion, and they are determined to make progress year after year.

When it comes to homegrown brands making it happen beyond our borders, we have a quite a few.

Here are five Canadian restaurants that are trying to take over the world.

This Montreal-based breakfast, brunch, lunch, and dinner spot has locations in the States, Dubai, India, and Qatar, along with a dozen Canadian locations already in operation, with more on the way in 2019.

One of the most well-known Canadian food and beverage brands has locations all around the world. From being top-rated in Dubai to gathering long lines during its first opening in Spain, Tim Horton is rapidly expanding into the UK and Mexican markets too.

This Canadian brand was founded in Toronto in 2005, and since then Freshii has grown to operate over 300 locations across 85+ cities in 20 countries.

After successfully opening nearly 20 Canadian locations in BC, Alberta, and Ontario, along with international outposts in Baltimore, Maryland and ‘Sweet Salvation’ in Dubai, it’s safe to say this Toronto ice cream chain is slowly but surely out for world domination.

This chain offers up a true Canadian classic, poutine, from dozens of locations across the country from Vancouver to Halifax. With a handful of locations in the US (Berkeley, California and Tampa, Florida), along with a clear declaration of “global domination” as a goal, Smoke’s is definitely one Canadian brand trying to take over the globe.