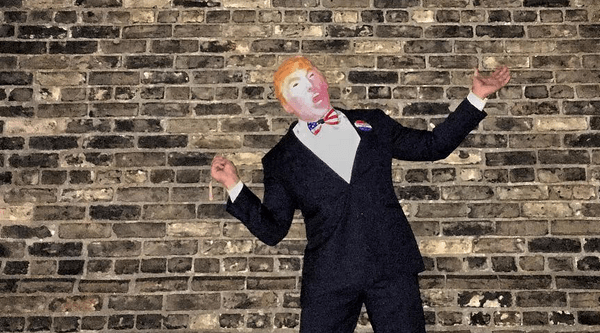 In the wake of Trump’s election into office, #proudtobecanadian, #trumpocalypse, and #ElectionHangover are trending on twitter, as is #marryaCanadian.

As spectators to the months-long campaign, Canadians had the front row seat to the circus and now that the final votes have been tallied the nation is coping with an outpouring of blessings, jokes and astute observations.

Fellow Canadians let’s just all say it cause we say it a lot. This time it’s well deserved .1,2,3 “SORRY” #proudtobecanadian #Trumpocalypse

America needs to power down and blow on the cartridge.#ElectionNight #Election2016

I was hoping to tweet this at Trump, but I’m going have to tweet it at all Americans. And this isn’t a joke, it’s actually sad. pic.twitter.com/01Tb6BiwS4

I can’t believe this is real…. THIS is about to become our reality! #Wtf #DuhMerica

I am #proudtobecanadian because my Prime Minister is a feminist who loves everyone. Equality for all. There are no rally’s against others.

Of course, not all Canadians are freaking out, and for all those proud to be Canadian today, there are just as many to point out we’re not perfect either… and maybe we should stop gloating.