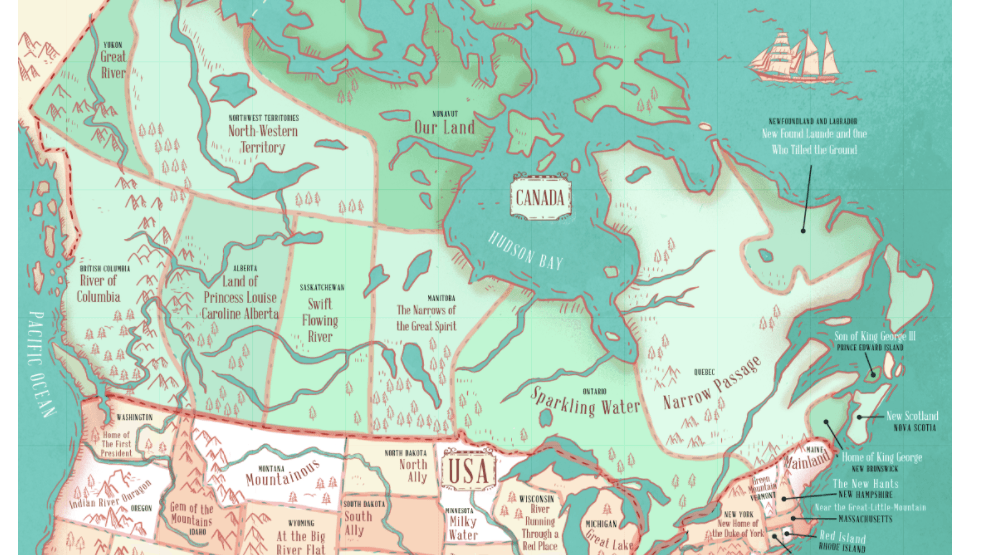 What’s in a name?

Well, when it comes to the literal translations of Canadian provinces and US states, quite a bit.

International travel company Expedia has released a “New World” map of the countries, featuring the literal translations of the places we call home.

And some are quite a handful.

For example, while River of Columbia may not seem like a huge switch from British Columbia, telling someone you live in Calgary, Land of Princess Luise Caroline Alberta, could get slightly onerous.

“Many [of the names] derive from indigenous languages of the Americas. Alaska for example is derived from the Yupik word, “Alyeska”, an idiom from the Aleut people and Kansas comes from the Native American Sioux language,” Expedia explains on their website.

Others come from an individual person — Georgia from King George II and Louisiana from King Louis XIV.

So whether come from the “Narrow Passage” of Quebec, or call “Sparkling Water” Ontario home, this map will at least give you a senses of why your province is called what it is.