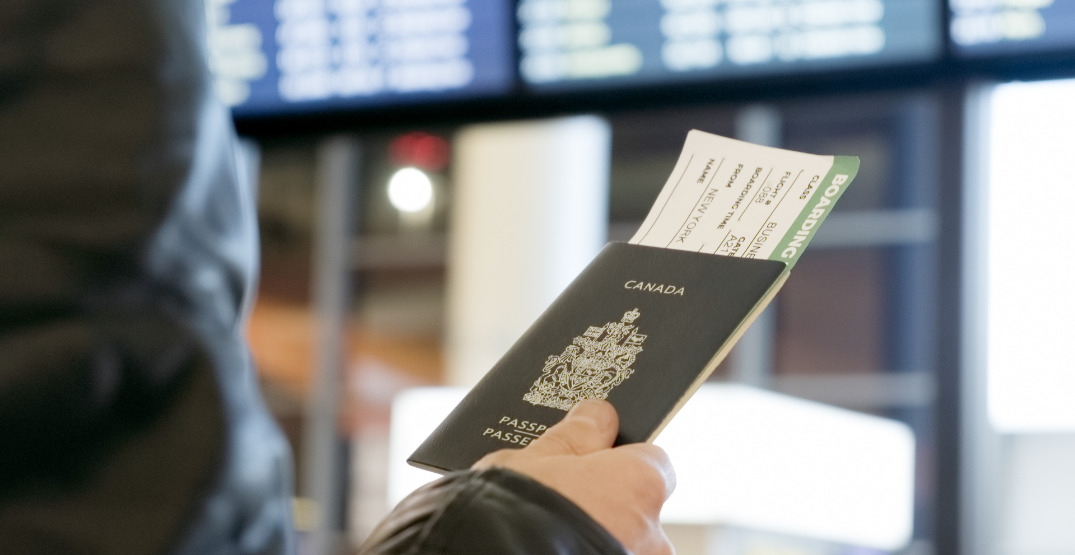 A lucky traveller who received a passport (Fotinia/Shutterstock)

After months of delays and horrendous lineups, it seems the number of Canadians submitting passport applications is finally seeing a drop.

Hopeful travellers have reported frustrating and tedious experiences over the past few months as they waited for skeleton-staffed Service Canada offices to deal with a deluge of people trying to renew their passports that expired during the pandemic.

According to the feds, during the first full week of the month (from July 4 to 10), Service Canada received 62,423 passport applications. The following week, 57,749 were submitted.

That is a drop of 4,674 applications within a week.

“Weekly passport issuance over the last 5 weeks has remained relatively stable, at a higher level than previously. Between 45,000 and 48,000 passports have been issued for each of the last five weeks, with the exception of the week of July 4, which saw an improvement to 54,000 issued,” Minister of Families, Children, and Social Development Karina Gould said in a statement. “We’re doing everything we can to ramp that pace up every week, and get more passports into the hands of Canadians as quickly as possible.”

We’re working hard to get passports into the hands of Canadians as quickly as possible, by continuing to build capacity and increase production.

However, in these two weeks, the average over-the-phone wait time has increased from 46 minutes to 56 minutes.

Employment and Social Development Canada (ESDC) has said there has been a mixture of variables contributing to the passport wait times including increased demand, and a workforce that is too short-staffed to meet that demand.

The government branch that manages Service Canada offices says it has hired more staff and new stats show this is progress being made weekly.

Fifty more hires have been made between the first and second week of July for a total of 1,835 staff.

This has also meant overtime hours have decreased.

Over 605,000 passports have been issued and more than 929,000 applications have been received so far this year.

These statistics are from the Passport Progress web page. A page made by the feds to make good on its commitment to be transparent about passport services.