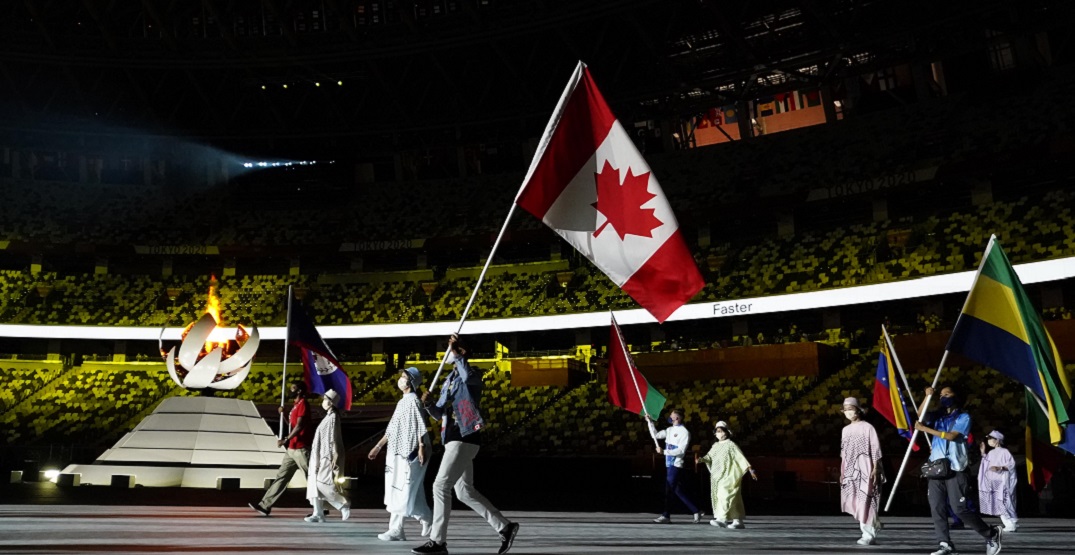 Soccer gold medallist Christine Sinclair shared a photo with a few of her teammates on stage.

You know it’s a good night when you end up on the stage at the #Olympics closing ceremony #TeamCanada #RUSH #denimishot pic.twitter.com/DZ9MVRV98a

Decathlete and gold medal winner Damian Warner carried the flag for Canada, after setting an Olympic record in a dominant performance in athletics’ harshest all-around test.

Much was made about Canada’s jean jacket ensemble, created by Hudson’s Bay.

Lighting up the closing ceremony ⭐️

A display of beautiful, luminous colours swirl together, representing the many flags of the world and form the Olympic Rings pic.twitter.com/llnEHt492u

The next Olympic Summer Games are only three years away, taking place in Paris, France in 2024.

From the lights of Tokyo to the streets of Paris 🇯🇵🇫🇷

The Olympic flag is passed from the Governor of Tokyo, Yuriko Koike, to the Mayor of Paris, Anne Hidalgo pic.twitter.com/B3IiHKZido

Meanwhile, the next Olympic Winter Games in Beijing are under a year away, in the shortest distance between two Olympics since switching to the biannual format in 1994.

Unfortunately, many of Canada’s top athletes — names like swimmers Penny Oleksiak or Maggie Mac Neil — weren’t able to attend the closing ceremonies due to COVID-19 restrictions. 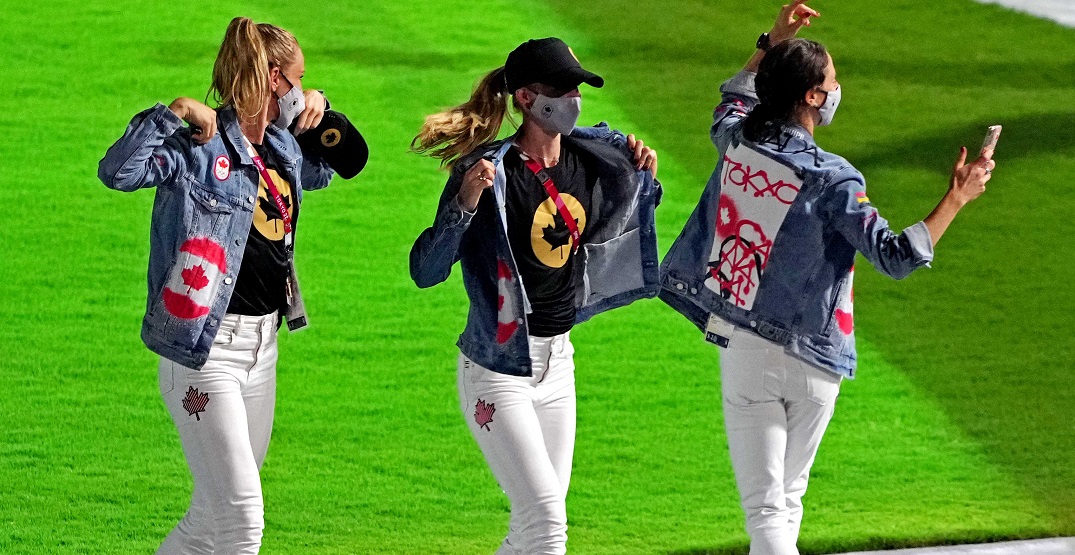 The IOC mandated that all athletes must be out of the Olympic Village two days after their final competition, and thus many Canadian fan favourites had already returned home.