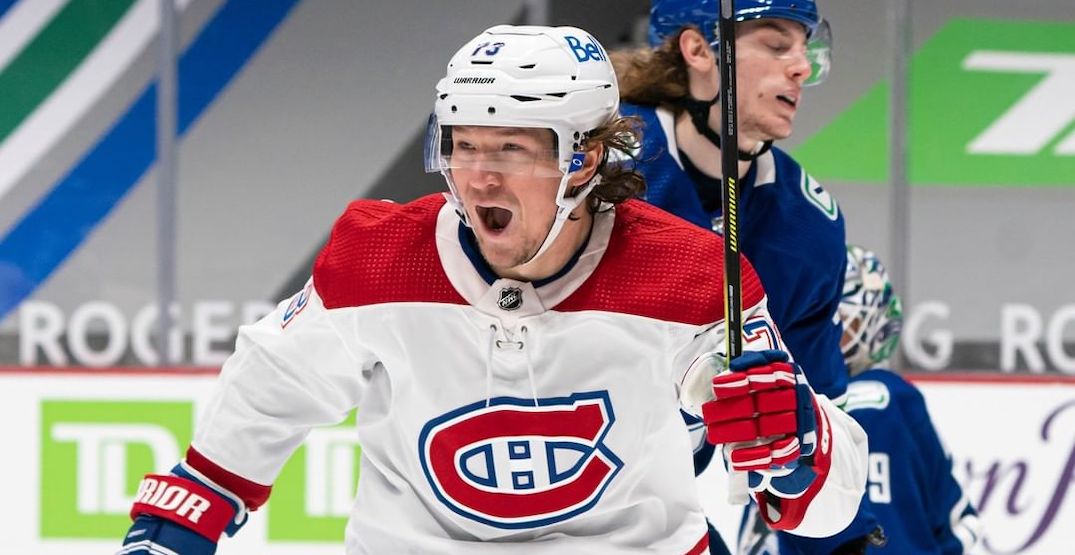 Welcome to the Scotia North Division (I hate that name) power rankings.

A couple of weeks into the season, and some trends are starting to emerge from the NHL’s first all-Canadian division.

Let’s take a look at the teams, from worst to first, in order of their respective ability at this moment.

Another look at Josh Norris’ second goal of the season. pic.twitter.com/tTQfCJs57G

While this start for the Ottawa Senators has been disappointing, it is, frankly, not that surprising.

The Sens are still super young with room to grow with the right pieces. Brady Tkachuk, Nicolas Paul, and Thomas Chabot are developing, and they are starting to show up in positive ways.

But in the here and now, the biggest disappointment for Ottawa this season has been in net. Newcomer Matt Murray has just not been the answer the Sens were hoping for. He has a goals-against average over four, and a save percentage at .862. That’s bad. Like really bad. Like third-worst in the league bad.

Motte and Miller each scored twice, and Demko made 42 saves, as the #Canucks beat the Senators 5-1 Wednesday night.@budweisercanada Highlights | https://t.co/eF9Lc9GcXT pic.twitter.com/dC8ZG3orOF

Two straight blowout wins over the Senators have ensured the Vancouver Canucks would not finish in last place on this ranking, but you can only earn so much praise by beating Ottawa. Prior to the last two wins over the Sens, the Canucks were in a tailspin — losing five of six games against Montreal, Calgary, and Edmonton.

The Canucks rank third-last in the entire NHL in goals-against per game (3.89), and are dead-last in shots-against allowed per game (37.1). Even in Wednesday’s win against Ottawa, they gave up a whopping 43 shots-against.

On one hand, the Calgary Flames have just lost back-to-back games to the Toronto Maple Leafs. But on the other hand, they were both one-goal games, and came after a bizarre six-day layoff.

Prior to that, the Flames were rolling, taking care of the Canucks with relative ease. Newcomer Jacob Markstrom has started every game in net, giving the Flames some stability between the pipes for the first time since Miikka Kiprusoff.

Leon saw a lane & he took it. #LetsGoOilers pic.twitter.com/iWMB54Zvs4

This team is very puzzling. Once again, Connor McDavid and Leon Draisaitl are near the top NHL scoring, with 12 and 11 points respectively. However, despite that, the team is actually below average in goals scored per game (2.88).

Overall, Edmonton must get better defensively. They allow almost 34 shots per game, and they also give up 3.63 goals per game — both numbers rank in the bottom third of the league.

Ehlers knots this game at 3s!

Winnipeg made a big swing recently. The trade to acquire Pierre-Luc Dubois from the Blue Jackets was seen as a big step to propel this team to the next level, although with Patrik Laine gone from the team, it will be a blow offensively.

This season, however, offence has not been the problem. The Jets are one of only four teams that are averaging four goals per game, but they must work on their penalty kill. It currently sits at 68.4% which is fourth-worst in the league, and they are also 12th in penalty minutes per game this season.

That is not a good combo.

This start is what Leafs Nation was hoping for.

Toronto looks great, offensively — they’re in the top half in goals per game and second in power-play percentage. More importantly, however, the Maple Leafs look excellent in their own end.

They’ve allowed the seventh-fewest shots per game in the NHL so far, which is perhaps an indication that the Leafs may finally be competent in their own zone.

The Montreal Canadiens have stormed out of the gate, and don’t have a regulation loss in their six games — all played on the road. The Habs are first in both goals-scored per game (4.83) and shots on goal per game (35.5) so far.

The start is mostly thanks to GM Marc Bergevin’s new acquisitions.

Tyler Toffoli leads the team with five goals and eight points, while Jake Allen has helped to give Carey Price some much-deserved rest, winning both of his starts.