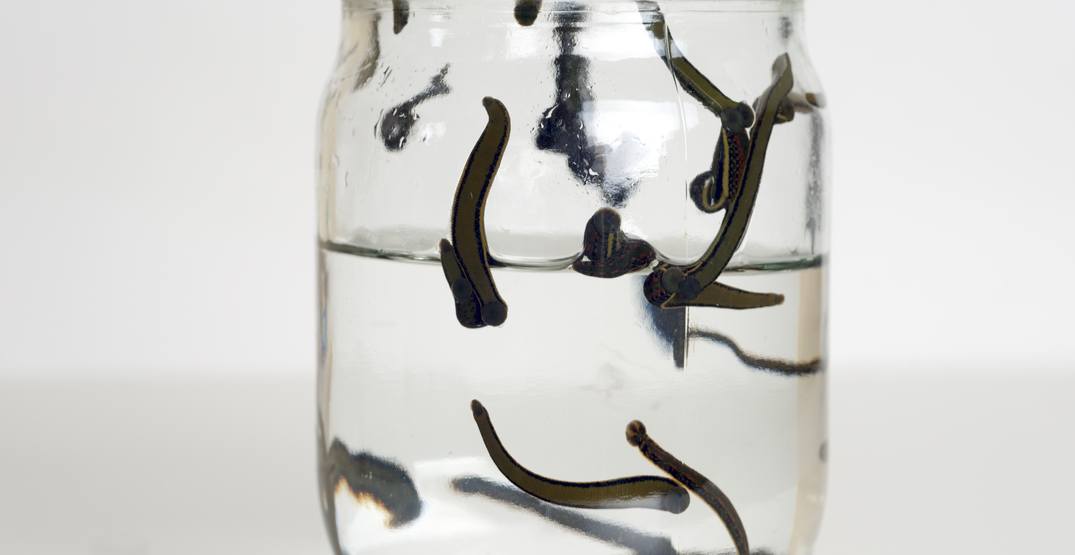 We all know the drill all too well: no sharp items, no compressed gas, nothing flammable, and no liquid containers over 100 ml.

Oh—and no leeches. Not without a permit at least.

This is a lesson Ippolit Bodounov of Niagara Falls is likely taking to heart after being fined $15,000 for trying to smuggle live medicinal leeches into Canada in his carry-on luggage.

The initial incident took place in October 2018, when Bodounov arrived at Toronto Pearson International Airport on a flight from Russia.

Samantha Bayard, a spokesperson for Environment and Climate Change Canada, told Daily Hive that the leeches—some 4,788 of them—were discovered by a Canada Border Services Agency sniffer-dog on a routine inspection of the flight. The leeches were undeclared and stored in ten moistened cloth bags within a larger fabric grocery-style bag.

The Canada Border Services Agency (CBSA) notified Environment and Climate Change Canada of the discovery after an enforcement officer at the airport confiscated the leeches to find out if the import was legal.

The Wild Animal and Plant Protection and Regulation of International and Interprovincial Trade Act prohibits the import, export and interprovincial transportation of certain endangered species without the proper documentation.

The endangered species are protected under an international treaty called the Convention on International Trade in Endangered Species of Wild Fauna and Flora, otherwise known as CITES.

According to a release, the leeches that Bodounov brought in—240 of which were later DNA-tested at the American Museum of Natural History in New York—were identified as one of two species of leeches that are subject to regulations, and results of the tests suggested that they originated in the wild.

Bodounov pleaded guilty to violating the Wild Animal and Plant Protection and Regulation of International and Interprovincial Trade Act at the Ontario Court of Justice on May 24, 2019.

Medicinal leeches are considered a regulated drug by Health Canada. Their saliva contains blood-thinning properties and has shown positive results in human dialysis treatment, which helps balance the blood when kidneys fail.