The Parliamentary Budget Office released their “Household Indebtedness and Financial Vulnerability” report on Tuesday, January 19, and it shows Canadian debt is the highest it’s been since 1990. 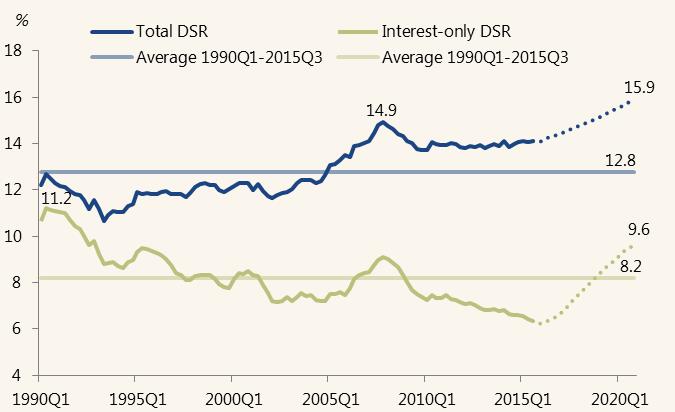 “Among G7 countries, Canada has experienced the largest increase in household debt relative to income since 2000. Households in Canada have become more indebted than any other G7 country over recent history,” reads the report.

The report indicates the measure of household debt isn’t necessarily indicative of financial vulnerability – what matters more is a household’s ability to actually pay off their debt.

“A financially vulnerable household is one that is required to devote a substantial portion of its income to service its debt. It faces greater exposure to negative income and interest rate shocks, and is more likely to be delinquent in its debt payments,” the report says.

Household debt likely won’t go down until at least 2020 – according to the report, it will reach 174 per cent of disposable income by the end of 2016 alone.

Interest rates are predicted to rise over the next five years as well. By 2020, interest rates will rise to nearly 16 per cent of disposable income, up from third quarter 2015 results of 14.1 per cent.