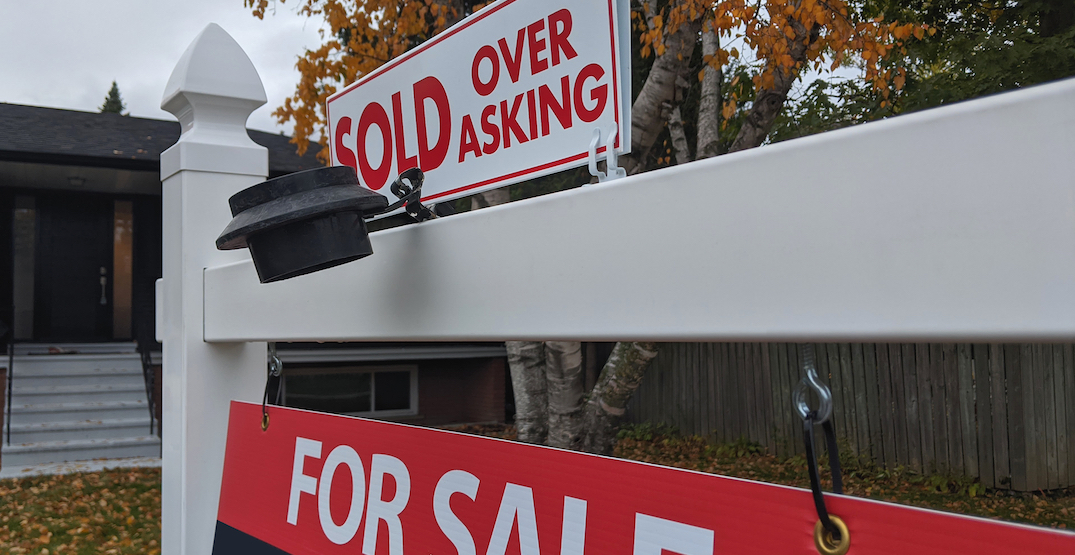 Canadian homebuyers are facing the least affordable real estate market in a generation.

Sky-high prices and rising interest rates have created the worst level of affordability since the early 1990s, Robert Hogue, assistant chief economist at RBC, said in a recent report.

RBC’s aggregate housing affordability measure, which tracks ownership costs as a percentage of median household income, jumped 3.7% in the first quarter of 2022 to 54.0%. 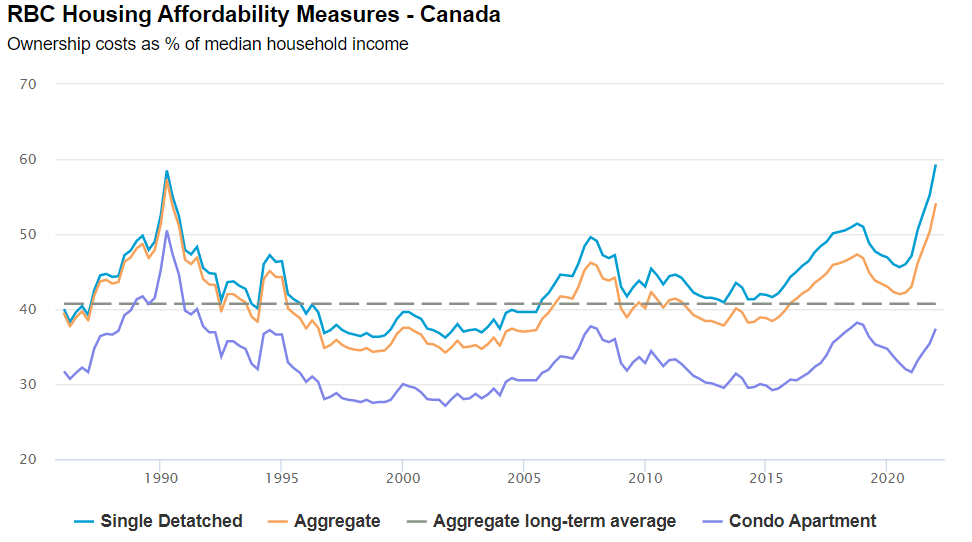 Although ownership costs have risen in all markets, the situation in Vancouver, Toronto, and Victoria has “reached extremes,” Hogue said. Homeownership is now “very hard to achieve” in southern Ontario and in BC’s Lower Mainland.

With further interest rate hikes on the horizon, affordability is expected to get worse before it gets better. In the short-term, RBC’s national affordability measure may reach “worst-ever levels.” But Vancouver, Toronto, and Victoria will bear the brunt of the affordability crisis.

“Higher rates will affect virtually every buyer across the country, hitting them with steeper monthly mortgage bills that make it harder to acquire properties,” Hogue said.

“But buyers in the priciest markets will be challenged most.”

Based on typical home prices seen in the first quarter of 2022, an interest rate hike of 1% would raise monthly mortgage payments by $608 in Vancouver and $554 in Toronto, according to RBC. Monthly payments would rise $266 in Montreal and $188 in Edmonton.

Already at “unsustainable levels” in Ontario and British Columbia, affordability tensions will become “intolerable” in other parts of the country, Hogue said. This will cause a drop in demand, downward pressure on prices, and a rebalancing of market conditions.

In the coming year, RBC expects Canada’s benchmark home price to fall more than 10% from the market high seen in February, bringing much-needed relief to buyers.

British Columbia and Ontario will see more significant drops of 13%, Quebec will see a decline of 7%, and the Prairies will see prices fall between 2% and 5%.