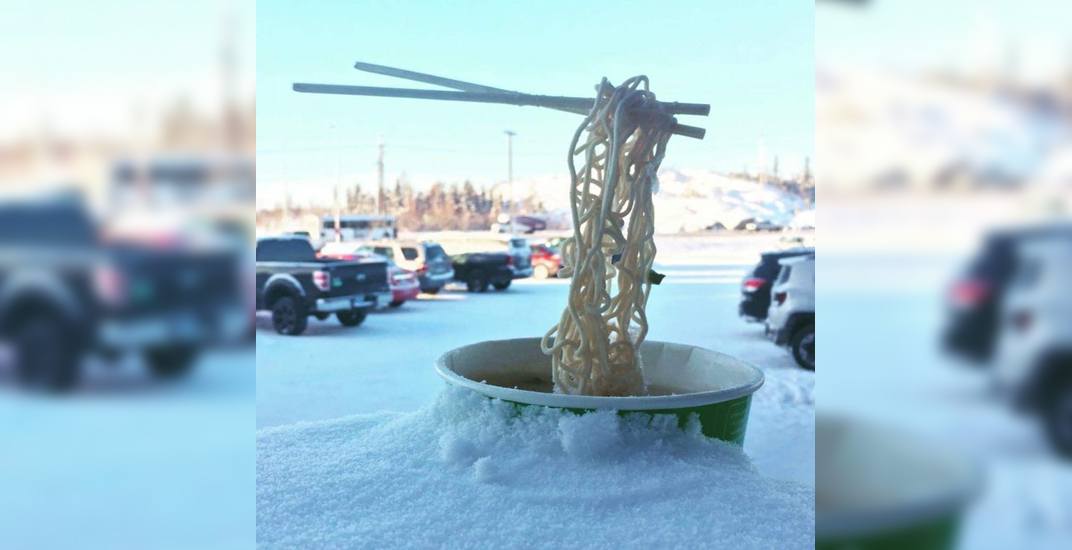 Canadian winters are known to be cold but a picture of icy ramen noodles posted to reddit today might prove that to be an understatement.

Taken in -30 degree temperatures in Yellowknife, Northwest Territories, the image uploaded by a reddit user shows levitating chopsticks and noodles and frozen in time and space… literally. 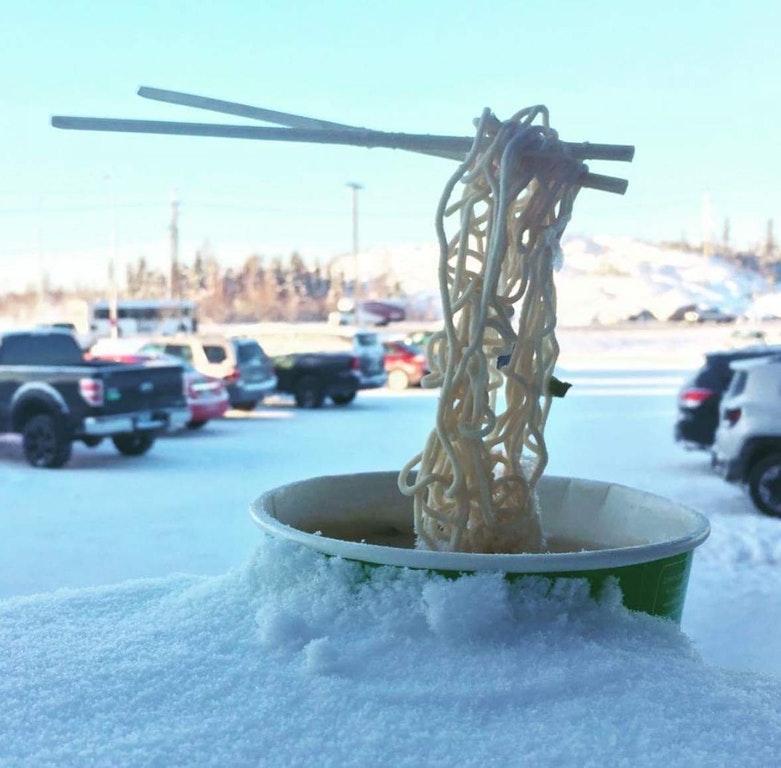 It reminds us of the High Rolla Ramen, a novelty dish featured earlier this year by Toronto’s Jackpot Chicken Rice… only the NWT version is the real thing without any tricks or illusions.

So much for warming up over a bowl of hot soup.