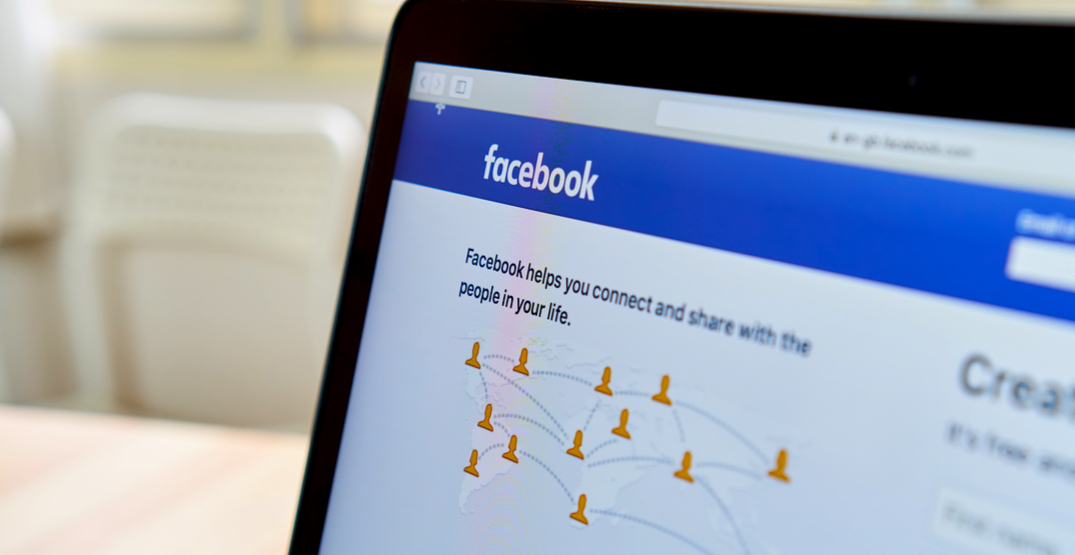 A new two-part public opinion poll by Angus Reid has found that nearly three-quarters of Canadian Facebook users (75%) say they will change the way they use the social media platform, following the Cambridge Analytical scandal.

Former Canadian Cambridge Analytica employee, Christopher Wylie,  has been behind the major accusations claiming the company was using personal data from 50 million Facebook users in order to influence the US presidential election in 2016.

This prompted a wave of backlash against Facebook and #DeleteFacebook began trending online as many users decided it was time to part ways with the social networking platform.

According to Angus Reid, the scandal has had an impact on how Canadians view Facebook, as 34% say their opinion of the company has “worsened” over the last month, compared to other tech companies such as Google/ Alphabet, Microsoft, Apple, and Amazon. 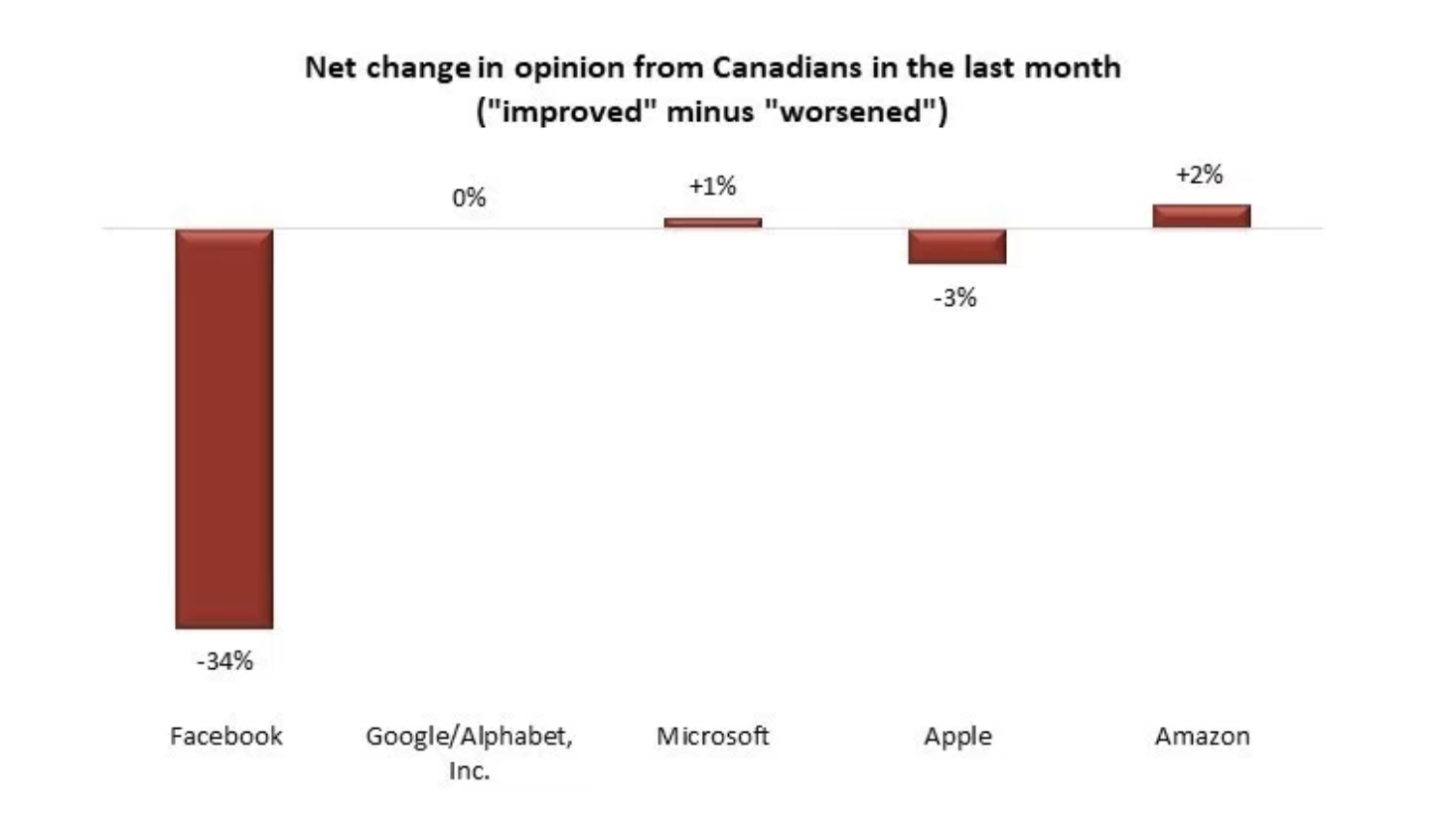 “The plummeting public perception of Facebook is almost certainly a result of the Cambridge Analytica news. Opinion on the other four companies has mostly stayed the same in the last month,” said Angus Reid.

Canadians also say the Cambridge Analytica scandal will impact how they will use Facebook in the future. 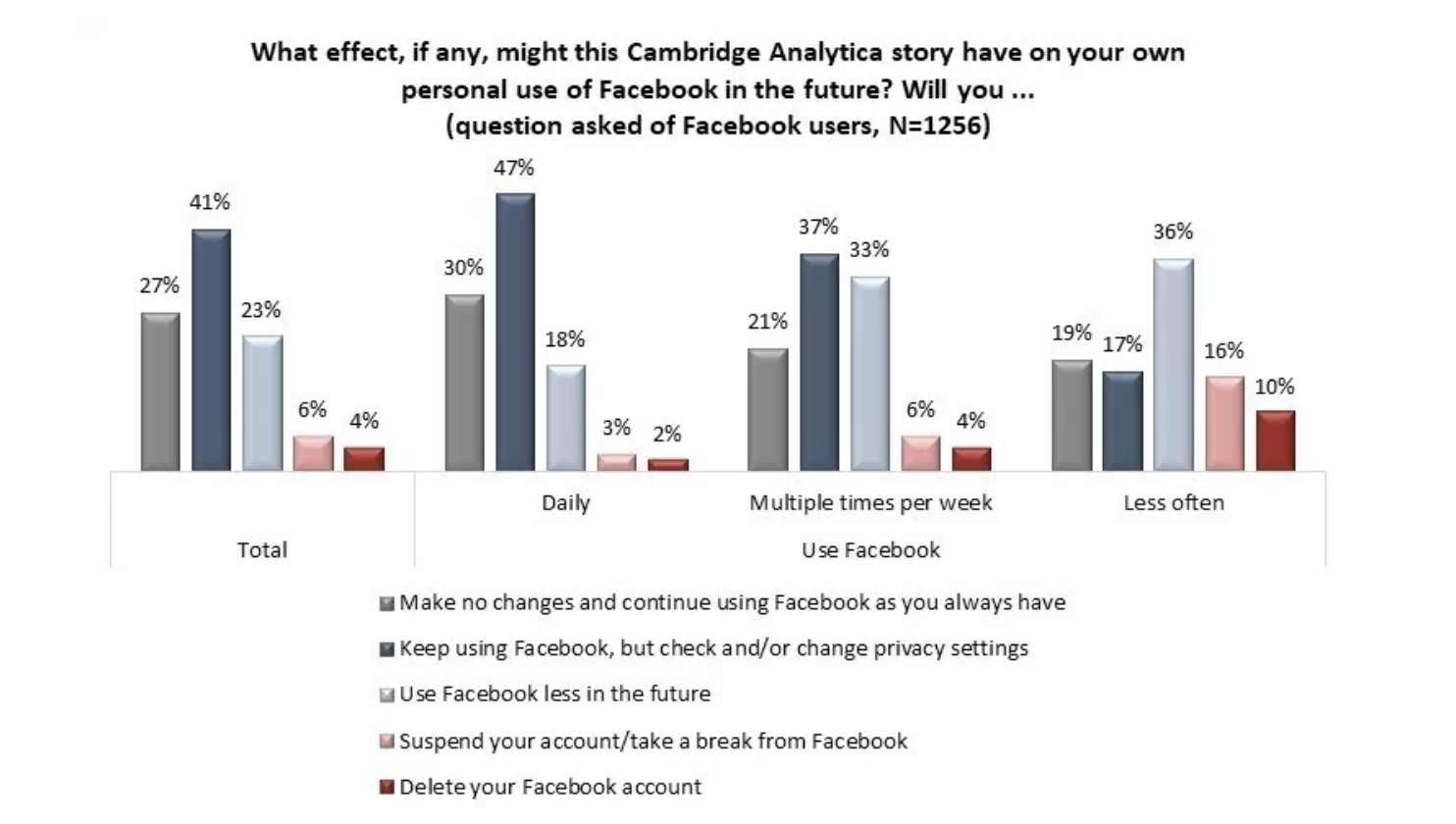 The poll showed that at least 41% say they they will revise or change their settings. Roughly one-quarter (23%) said they will decrease their use of  Facebook.

An additional one-in-ten plan to either take a break from the service (6%) or delete their Facebook accounts altogether (4%).