Welcome to Vancity Buzz’s Election 2015 coverage for Metro Vancouver. Refresh this post on October 19 for up-to-date information for the Port Moody-Coquitlam riding.

A redistributed riding, Port Moody-Coquitlam combines two differing communities, one which usually votes Conservative (Port Moody), and one which usually goes to NDP (New Westminster-Coquitlam). Conservative candidate Tim Laidler made news earlier in the election when he was caught in a minor photoshopping scandal. His main opponent, Fin Donnelly, is the incumbent running in the new riding and has served as MP since 2009. 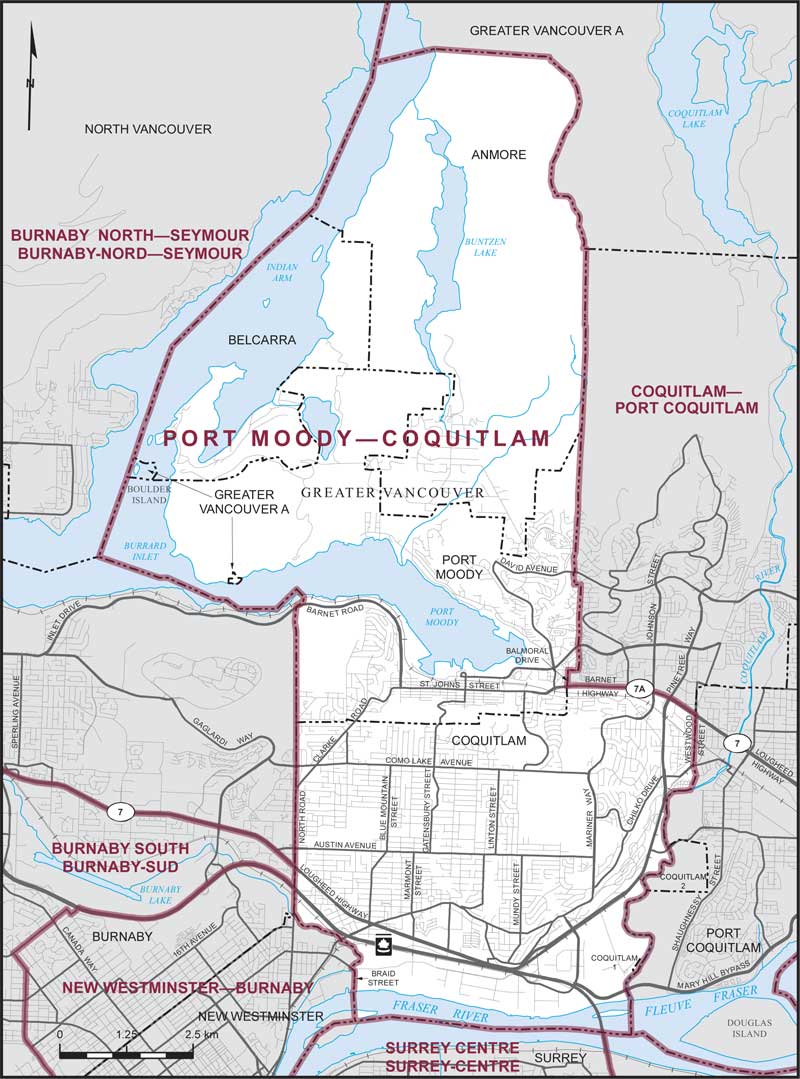