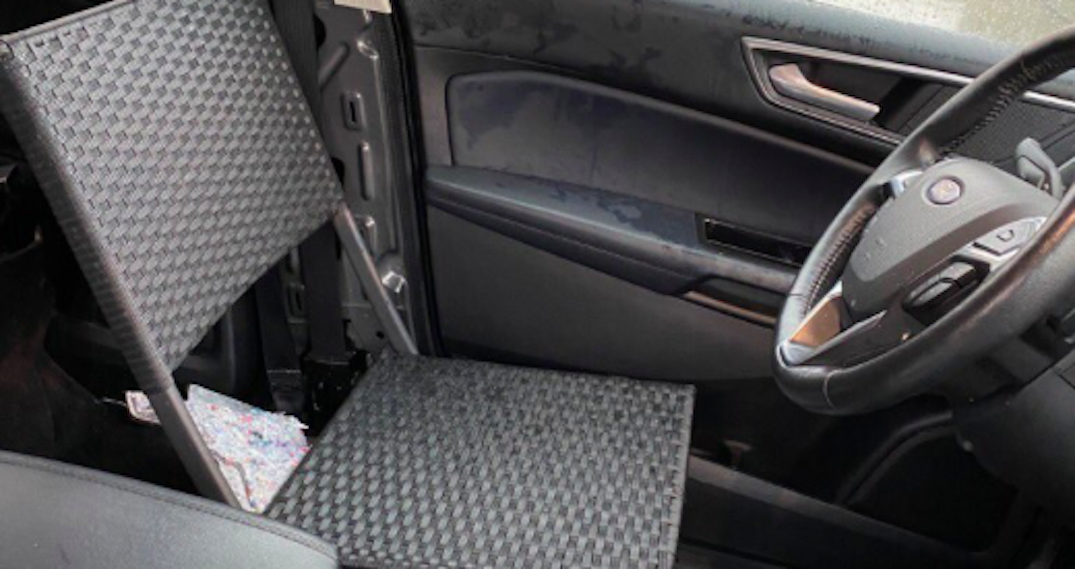 Police caught a Canadian driver who was using a folding chair as a driver’s seat.

On Monday, the Halton Regional Police Service (HRPS) of Burlington in Ontario said traffic officers stopped the “unfit vehicle” on the Appleby Line.

The police said the licence plates were removed and the car was towed.

The driver was summonsed to court for “Unsafe Vehicle and Seatbelt Inoperative.”

“Just when you think you have seen it all. Yes that’s the drivers ‘seat’.”

Just when you think you have seen it all. Yes that’s the drivers “seat”.

Our Traffic Officers stopped this unfit vehicle this morning on Appleby Line.

This isn’t the first time unusual driving attire has been caught in Ontario.

In 2018, Ontario police in Thunder Bay stopped a pickup truck after noticing it had unauthorized plates and a fold-up lawn chair instead of a proper driver’s seat.

The vehicle was impounded.