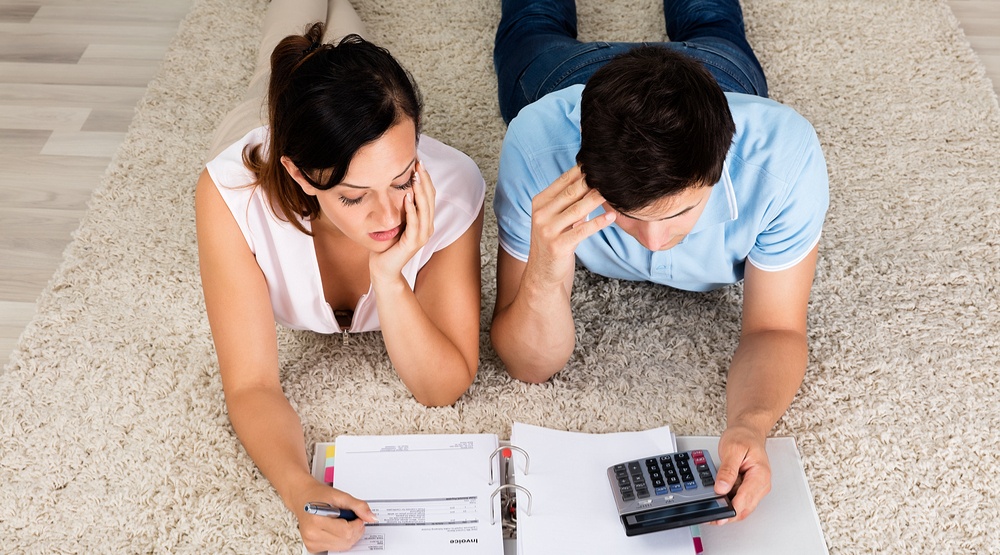 The average Canadian now owes $21,686 in debt – and that’s without even taking into account mortgage debt – according to credit reporting agency TransUnion.

Jason Wang, TransUnion’s director of research and analysis in Canada, said Canadians’ balances are getting bigger across most kinds of loans.

“The recent government outlook of weak economic conditions may have led some consumers to believe low interest rates will be here for a long time,” said Wang in a release.

“[That] could result in pushing balances even higher due to low expected borrowing costs.”

The report forecasts consumer debt will keep rising over the next two years, potentially reaching $22,000 by the end of 2018.

Albertans owe the most

Alberta leads the nation in non-mortgage debt levels, with the average Albertan owing $27,663 – unsurprising given the pressure on families due to the downturn in oil revenues.

That’s almost $10,000 higher than Quebec, which has the lowest average non-mortgage debt levels in Canada, standing at $17,969.