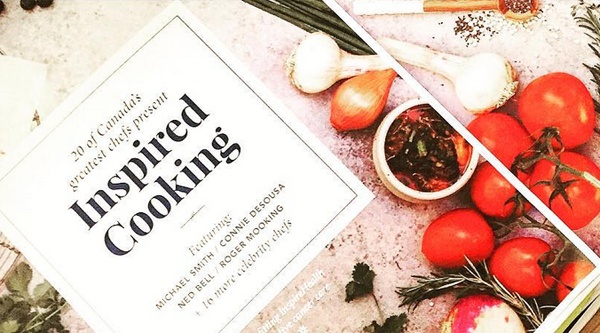 Inspired Cooking might be the most Canadian cookbook ever.

It’s a newly launched cookbook benefiting InspireHealth and its storytelling approach and mix of nutrition-focused recipes, profiles from Cancer survivors, and contributions from journalists, nutritionists and health care providers, has already been heralded by cookbook authority, The Best of Food & Wine radio show, as “the best edited cookbook of the year.” With the aim of warming souls and bellies simultaneously, and also positively influencing dietary and lifestyle choices, cookbook editor, Adrian Brijbassi shares that, “The stories in the cookbook are deeply relevant. Inspired Cooking shows nutritional education is vital to everyone — even chefs.”

Brijbassi himself lost his wife Julia Pelish to cancer this past spring and credits her as an inspiration.

In advance of the holidays, the cookbook is available for pre-sale now for $35 online.