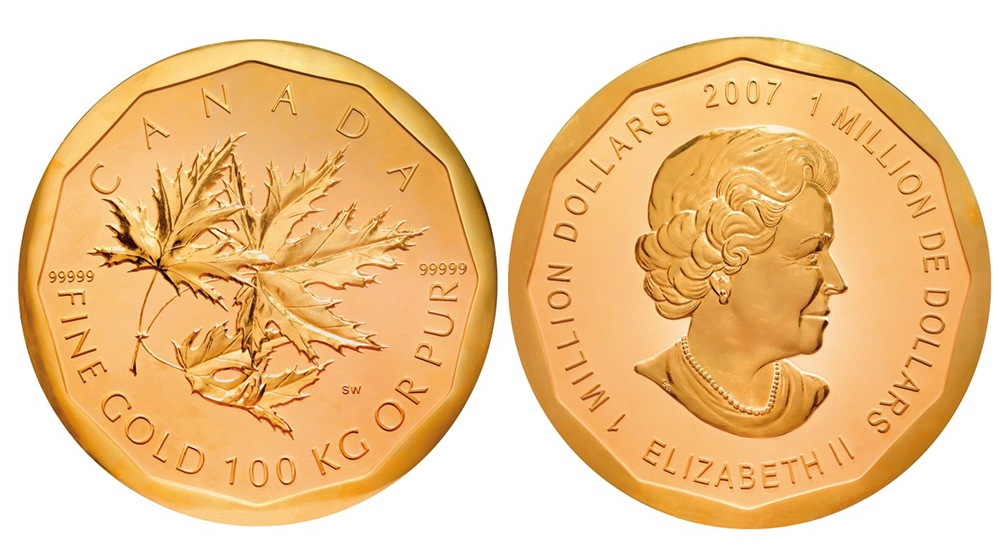 A huge $1-million Canadian gold coin, known as the Big Maple Leaf, was stolen from a museum in Berlin early Monday morning.

The coin, which is made of pure gold bullion and weighs 100 kg, had been on display at the Bode Museum in the German capital.

According to a police press release, authorities were first alerted to the theft just after 4 am, when a security guard called the police.

Police later found a ladder abandoned on the railway tracks near the local train station. The investigation continues.

On its website, Berlin State Museums describes itself as “a true paradise for all coin enthusiasts,” with 500,000 objects making it one of the largest coin collections in the world.

In a statement, Michael Eissenhauer, Director General of the Berlin State Museums said theft is the worst news a museum director can receive.

“We are shocked that the burglars overcame our security systems, which have been successfully protecting our objects for many years,” said Eissenhauer. “The perpetrators have done a great deal of damage and we are glad that no one was injured.”

The coin has a hand-polished maple leaf design by artist and senior engraver Stan Witten on one side, and a portrait of Queen Elizabeth II by artist Susanna Blunt on the other.

And with a diameter of 53 cm and 3 cm thick, the Big Maple Leaf was certified the biggest coin in the world at the time by Guinness World Records.

So far, five Big Maple Leaf coins have been bought by investors from Canada and overseas, according to the Royal Canadian Mint website.

Although the coin has a face value of $1 million, due to the high purity of the gold used to make the coin, its actual value is reported to be up to $4.5 million.

Note – the release and statement were both in German, and have been translated roughly here.