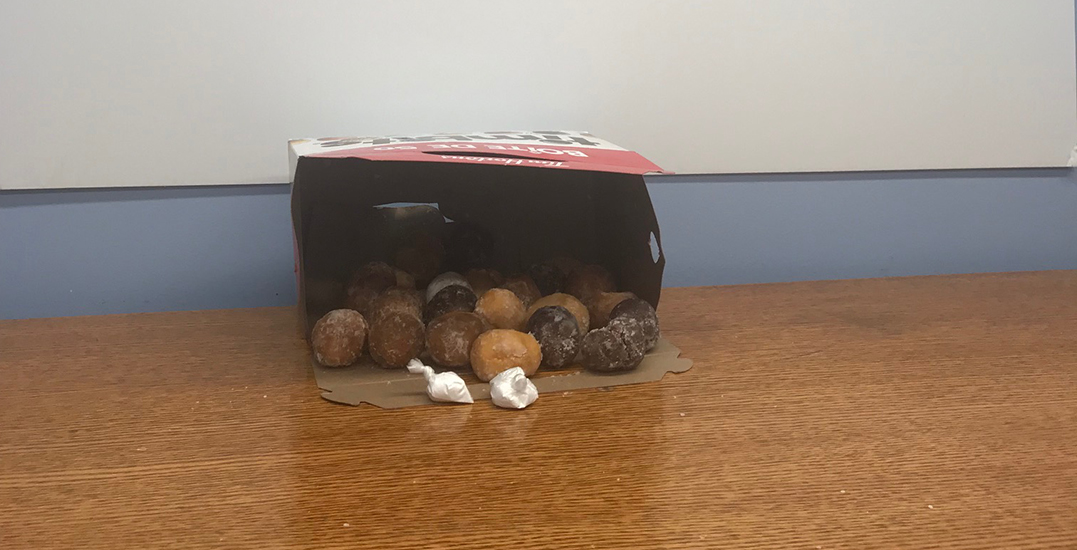 A Canadian man has been arrested after attempting to smuggle cocaine in a box of Timbits.

On Tuesday, November 13, RCMP officers from Fort Good Hope, a community in the Northwest Territories, received information that a person was attempting to ship a controlled substance into the community.

The man was on an incoming flight from Yellowknife.

Authorities intercepted the package during their investigation. Two small bags, which are believed to be cocaine, were found mixed into a box of Tim Hortons Timbits. 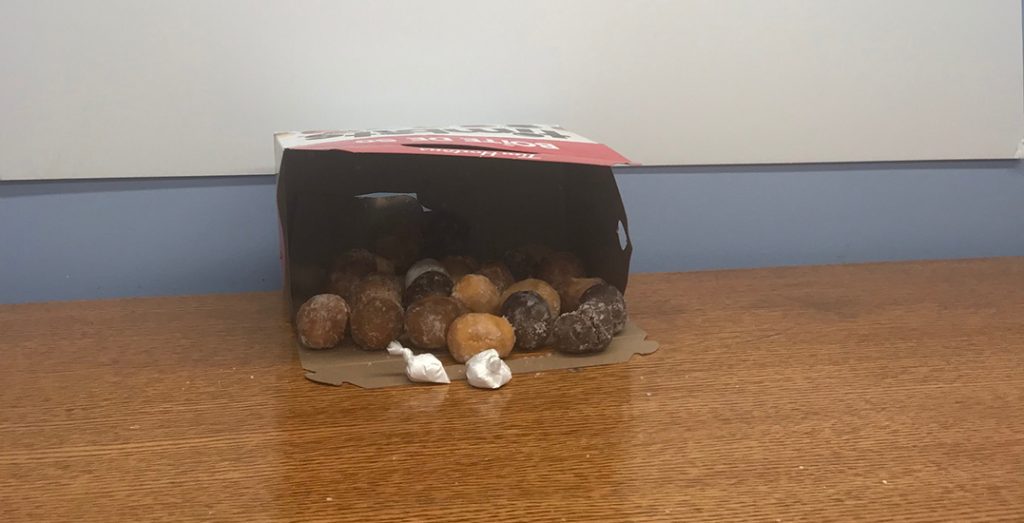 The individual, who remains unnamed, has been arrested for possession of a controlled substance.

The RCMP reminds the public to be vigilant when taking packages for and from other people, even those you may know.