As the calendar switches to warmer months, PadMapper is reporting that the country’s two most expensive markets have continued “their downward trajectories as the effects of COVID-19 became more pronounced on rent prices.”

According to PadMapper’s latest report, Toronto and Vancouver’s rents were “down on all front,” as monthly one-bedrooms in Toronto dropped by 2.2% and 2.4% in Vancouver.

Overall across Canada, 12 cities were on an upward trajectory, seven downward, and fived remained flat.

“On a year-over-year basis, over half of the cities still had rental growth rates up in the double-digits, signalling that even though COVID-19 may be putting downward pressure on monthly prices, the Canadian market is still hot and very in demand from a long-term perspective,” the rental search website said. 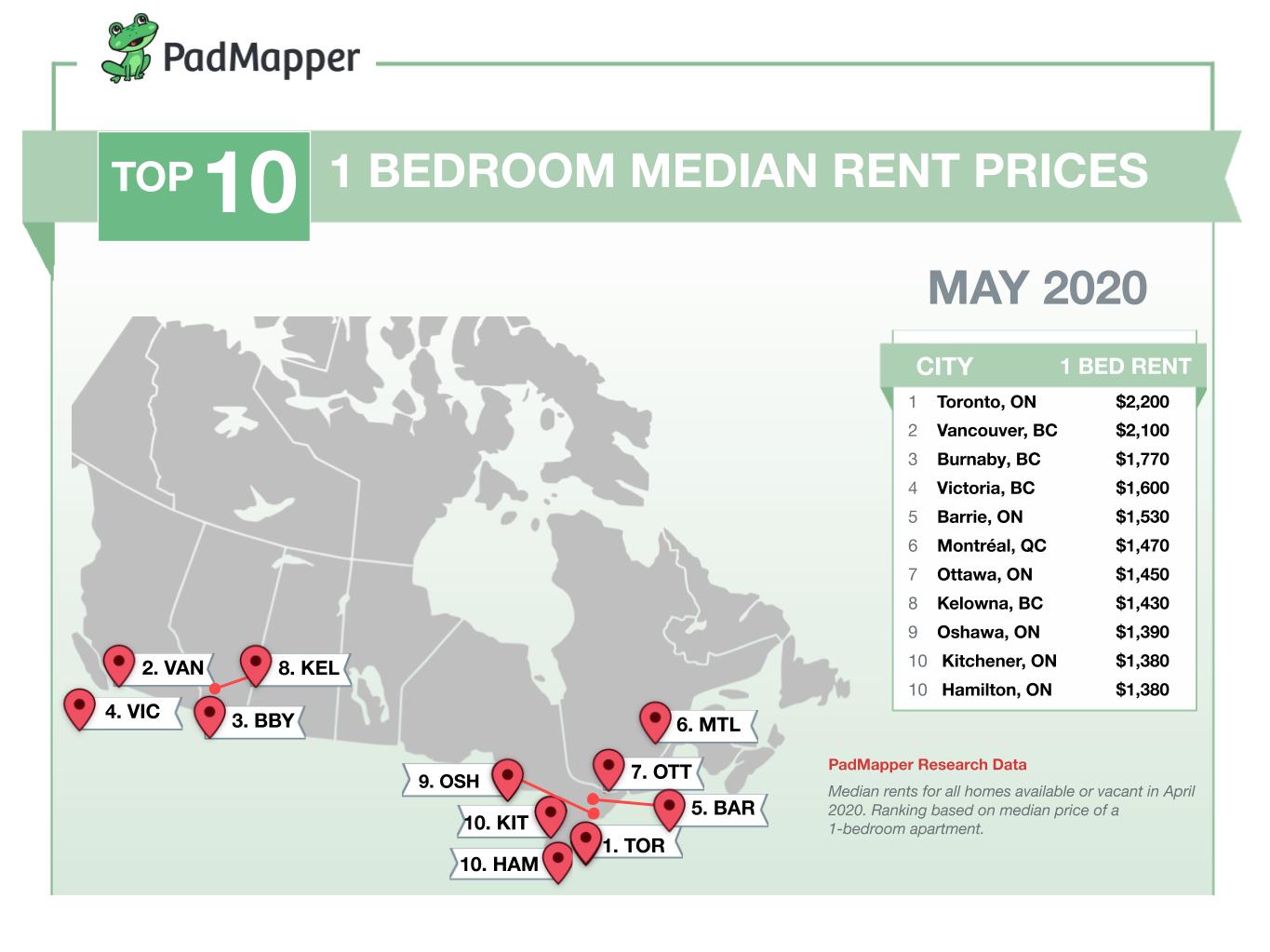 Once again, Toronto took the top spot for the most expensive rent in the country. One bedrooms dipped a bit from April, down to $2,200 and two-bedroom spots decreased by -4.1% to $2,830.

Vancouver remained in second place with one bedrooms decreasing slightly to $2,100. Two bedrooms remained flat at $3,000.

Montreal locked into the five-hole, with single-bedrooms going for $1,470 and two-bedrooms at $1,850.

The cheapest rent in Canada this month can be found in St. John’s, Newfoundland, where one-bedroom rent costs $830 with two-bedrooms going for an average of $890. 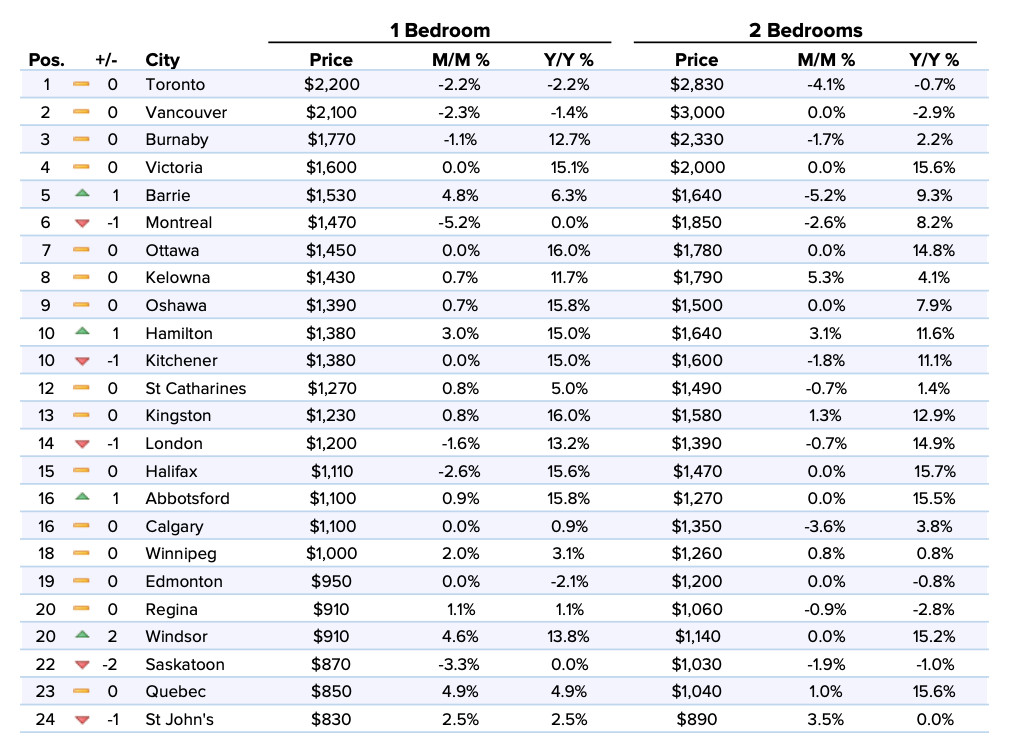