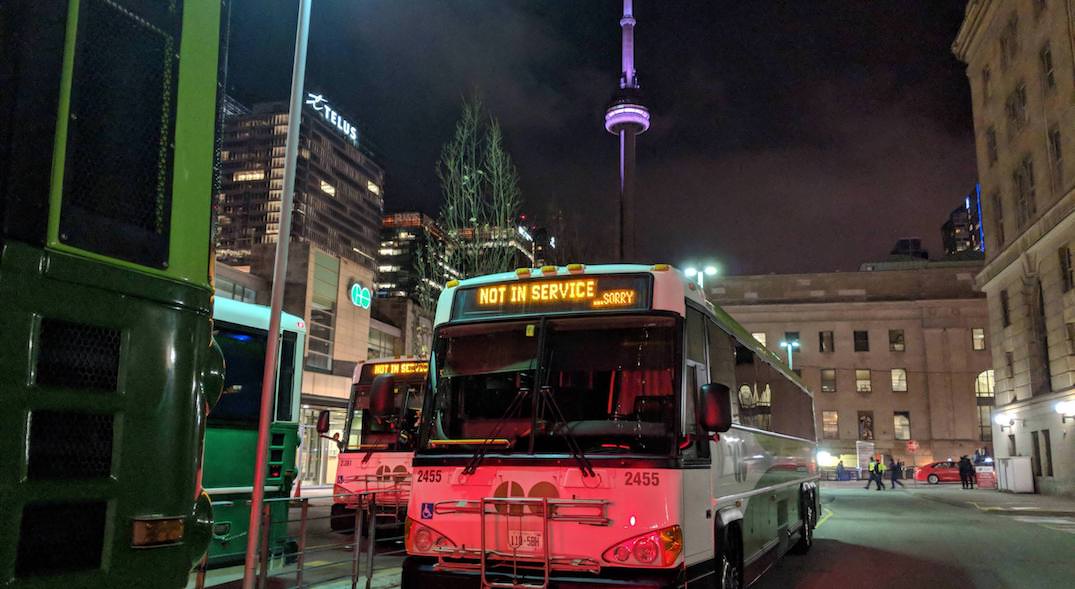 “Sorry” is a Canadian staple. In fact, they say if a Canadian doesn’t say “sorry” at least 8 times a day, their citizenship can be revoked.*

So perhaps it comes as no surprise to see transit systems across Canada apologizing for interruptions or failures of service, as pointed out by reddit user diszyprincess.

From Halifax to Vancouver, people have been spotting buses apologizing for years. The phenomenon is known simply as Canadian Buses.**

For those curious, here are some buses across the country being apologetic.

Even the buses in Canada are super polite. #ttc #sorry #TuesdayMotivation pic.twitter.com/sJwAAgeItO

Actual Canadian bus from Toronto. All GO and TTC busses apologize for not being in service I’m pretty sure. pic.twitter.com/7hOYAlBK2S

This bus saying sorry is the most Canadian thing ever. pic.twitter.com/yme4cMGh2w

Went to Canada, was not disappointed: A bus saying “Sorry” <3 pic.twitter.com/CDW4heVlR8

…is that a Canadian bus saying “sorry”? pic.twitter.com/bTitRk5KDS

Canada-where even the buses are apologetic. (I just don’t think a NY bus would say sorry.) #Canada pic.twitter.com/LVjRjY38rz

And sometimes, our Canadian buses make appearances abroad… but everyone notices our politeness.

This bus must be from Canada.

To all this we say, thank you, Canadian buses.