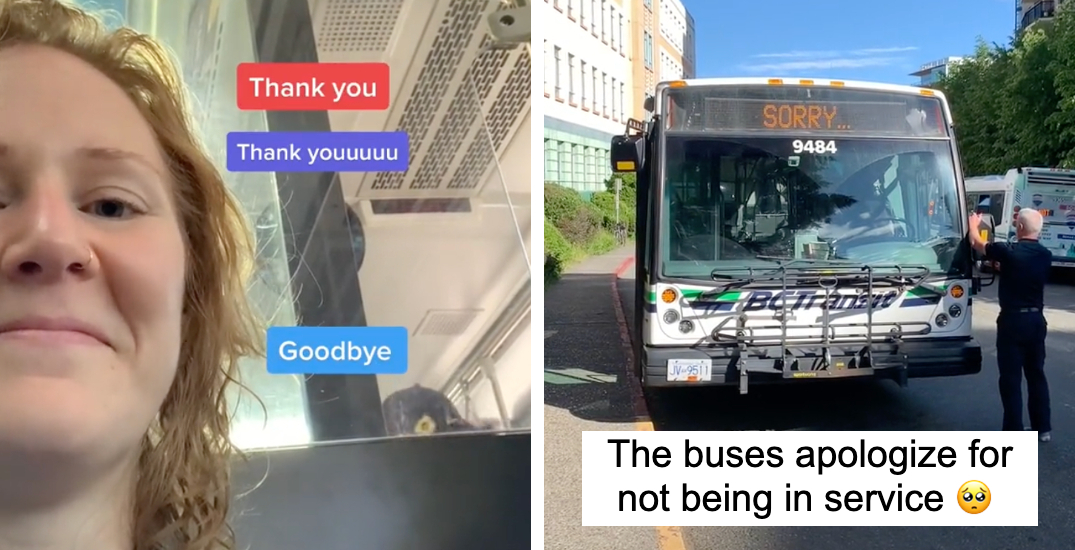 Canada has a reputation for its politeness, and a viral TikTok from an American visitor is only boosting the sweet stereotype.

Corinn Carlson, aka @thefatpassport on TikTok, was visiting her girlfriend in Canada when she was amazed to witness that the rumours about our niceness are true.

Earlier this week, she posted a video from a Canadian public transit bus after overhearing the driver and passengers thanking each other profusely as people hopped on and off the bus.

The video, titled “Canada is too wholesome,” now stands at 7.6 million views, and over 33,000 comments — many from Canadians, who said this is so commonplace in the country that people don’t even notice it anymore.

Some TikTok users in the UK, Ireland, Australia, and other parts of the world also chimed in, saying this was a frequently overheard public transit interaction in their countries, too.

Many also seemed to be astonished to hear that Americans using transit don’t thank their bus driver.

The Canadian niceness cliche was also emphasized when Carlson came across a transit bus in BC that wasn’t in service. “NOT IN SERVICE,” the light-up notice at the front of the bus read. “SORRY…”

“Canada is the only country I have ever been in that where the buses apologize for not being in service,” shared the TikToker, posting a video of the bus. It now stands at over half a million views.