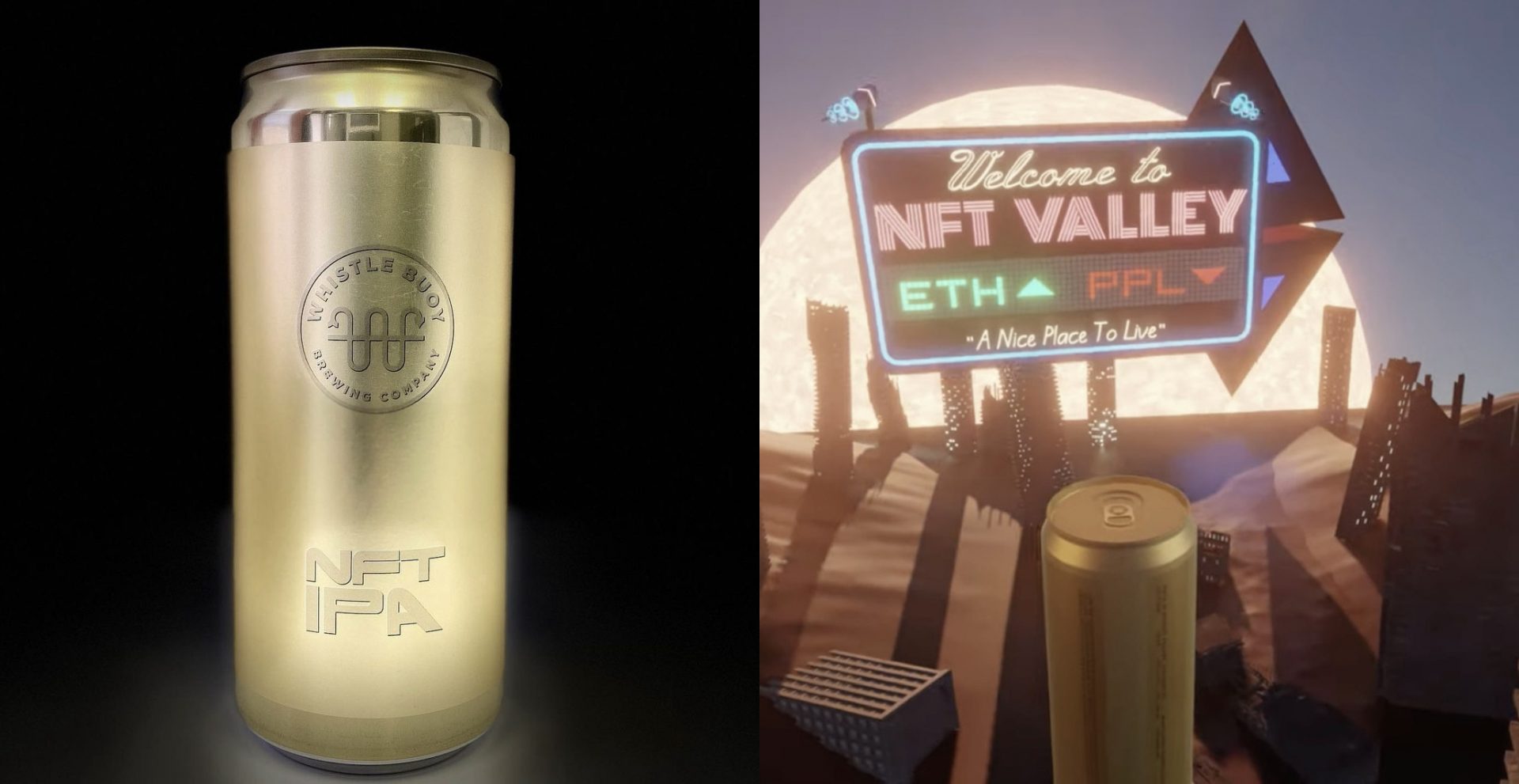 A Canadian brewery has released a first-of-its-kind crypto beer.

Last month, Victoria’s Whistle Buoy Brewing Company revealed it was about to drop an NFT (non-fungible token) that you could actually drink. This was meant to be something that was both beer and a piece of digital art.

The BC brewery made 250 cans of its NFT IPA, an IPA hopped with Nelson, Flex, and Trident hops.

Each 32 oz gold can was numbered by hand, and for those looking to try the beer itself, Whistle Buoy had it available on draught exclusively at its tasting room.

In addition to these drinkable “crypto beers,” Whistle Buoy made an actual NFT beer as well. This NFT beer is a one-of-a-kind piece of digital art on the blockchain. It was created for the brewery by local multi-media artist Ryan Steele.

To coincide with the release of the sippable libation, the NFT beer went up for auction on OpenSea, aka “the largest marketplace for NFTs.”

⁣Whoever places the winning bid on the NFT artwork will be the proud owner of the spectacular sci-fi art and receive the first-ever can (#1 of 250). You can still bid on this for a few more days.

This is why we asked Isaiah Archer, Partner and Marketing Director at Whistle Buoy Brewing, how this whole thing came about in the first place.

“The idea for this came up as our team began to dabble in crypto markets over the past six months,” says Archer.

“I was intrigued by the idea of meme culture and how it was literally changing the face of financial markets. The whole thing seemed so absurd but had completely captivated us.”

Archer explains he was inspired by online artist Frank Wilder, who was “really pushing these ideas,” which prompted him to try.

In terms of the response, Archer says the physical beer cans sold out quite quickly.

“Many people have been buying large quantities of them in hopes the cans will increase in value someday,” he says.

“Whether that’s good or not in NFT land, we don’t really know,” he says.

“But it’s nice that there has been interest from multiple bidders. The auction ends this Thursday at noon, so we’ll see how high it gets before then.”

Archer explains that one of the coolest parts about this whole initiative is that you can set royalties with NFTs. These are tied to the “smart contract” of the art.

“This means that the artist will get a cut of every resale in perpetuity, putting the benefits in the hands of the creators. We’re sharing all the profits with the artist, Ryan (@ry.stee). We plan to make more of these in the future if folks are interested in owning some really cool unique digital art.”

Well, there you have it. Whether you’re looking to snag this one-of-a-kind NFT IPA or just want a regular beer, Whistle Buoy Brewing Company has what you need, folks.