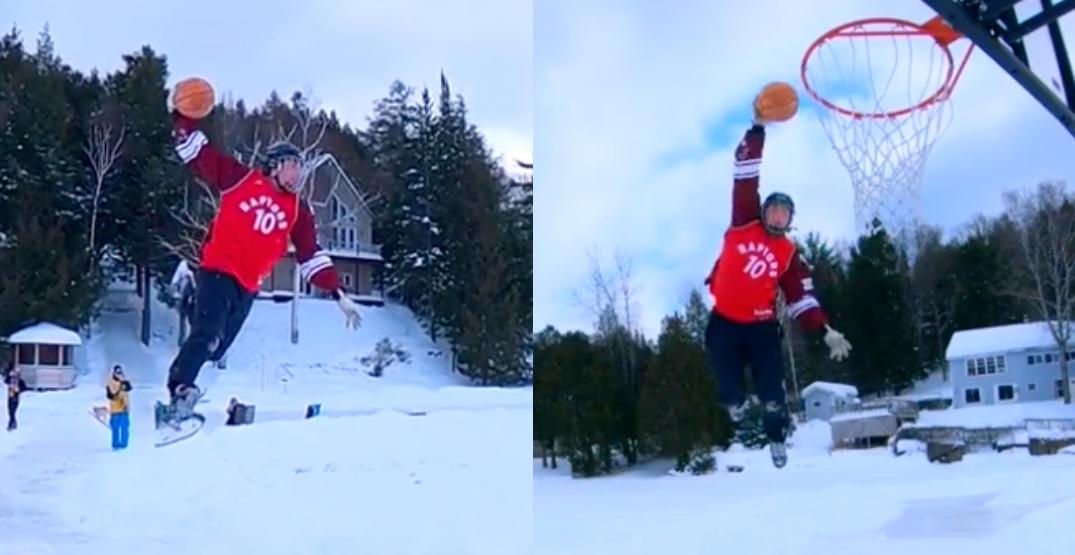 What do you do when COVID has you locked down, and you can’t participate in your favourite sporting activities?

Create your own sport, obviously.

Rob Worling is an 24-year-old Ottawa native and a competitor in Ice Cross Downhill, formally known as Red Bull Crashed Ice. Due to the pandemic, he has not been able to compete in official events, so he decided to build his own track.

“Building the track was kind of our, I guess COVID project,” Worling said in an interview with Daily Hive. “You know our season was cancelled this year so we were kind of bummed out about not being on a track and kind of just itching to get back on our skates.”

The video has over 3 million views on TikTok, and nearly 20,000 likes on Instagram.

He has been doing social media posts similar to this for about a year and he now has more than 200,000 followers on TikTok.

However, none of his previous videos have received attention like this.

“It was like, nowhere near anything else I’ve ever done,” he said.

The idea for dunking a basketball came from the fact that he and his friends were bored and wanted something to do.

“Just trying to think of new ways to, you know, keep ourselves entertained and, yeah, it just kind of came up that maybe we should try and get a basketball net out there and then after that it was just a case of getting the ball and throwing it in.”

Worling says that the amount of time he has spent on the track helped him perform this miraculous feat. Still, it only took him five tries to nail the dunk.

“There’s a lot of progression or lead up that goes into stuff like that so it’s just a case of getting comfortable and then once I was comfortable, we just put the basketball in my hand and kind of just went for it.”

As for what he wants to do in his next video?

“Because my fingers didn’t touch the rim, it’s not (technically) considered a dunk. I never played basketball so I had no idea but it’s pretty interesting discussion. The Internet seems pretty torn up on that one… I think we can go back and try and get a finger on the rim or something and you know if things are feeling good and everyone’s healthy, maybe we can try an alley-oop or something else.”