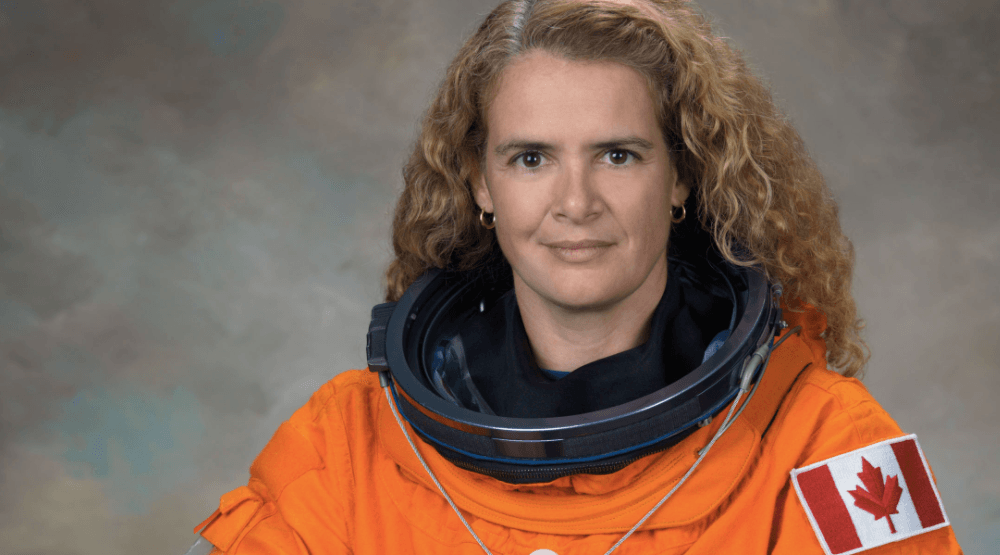 Canada’s next governor general will be engineer and astronaut Julie Payette.

On Thursday, Prime Minister Justin Trudeau officially made the announced from Parliament Hill that Payette would be the Queen’s representative, replacing David Johnston.

Trudeau said that Payette was “unquestionably qualified” for the role.

Payette thanked the Prime Minister and the Queen for the opportunity.

“We see no borders from space,” said Payette. “It will be a pleasure to travel to meet and interact with Canadians of all backgrounds from coast to coast to coast”

Payette, who was born in Montreal, has a lengthy and impressive resume. She has worked as an engineer with IBM Canada before her career in space. She is also an experienced pilot, worked for NASA, speaks six languages, and is an accomplished musician and singer.

In 1992, the Canadian Space Agency (CSA) selected Payette from 5300 applicants to become one of four astronauts. She is the second Canadian woman in space and the first to board the International Space Station. Payette will be the fourth woman to take the role as the country’s governor general.

Role of the governor general

Canada’s governor general has several responsibilities and acts as the Queen’s main representative.

The governor general presides over the swearing-in of the prime minister. They also summon, discontinue, and dissolve Parliament, deliver the Speech from the Throne, and give Royal Assent to acts of the Parliament.

Payette is expected to take the role of governor general in fall 2017.