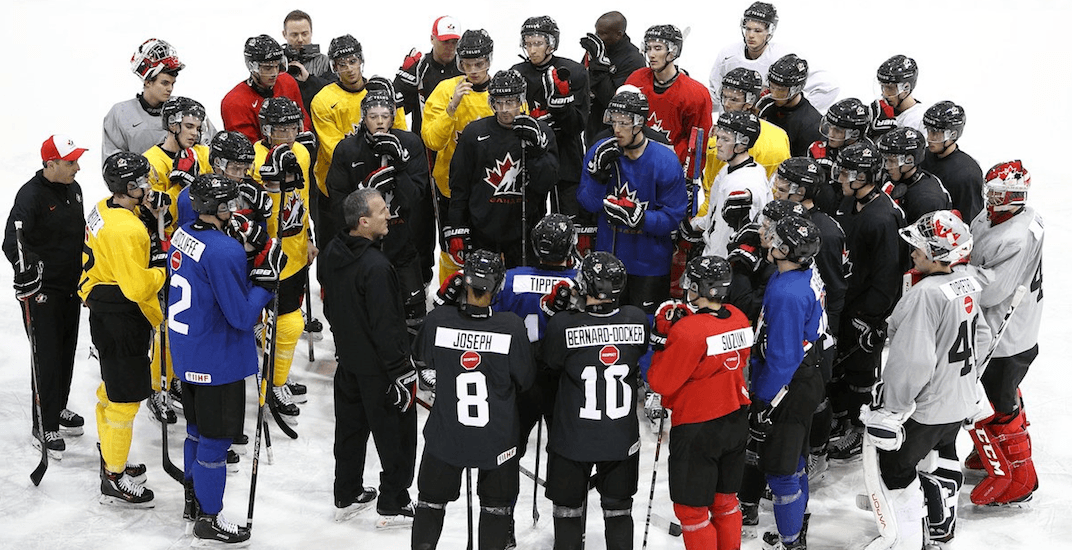 Head coach Tim Hunter finalized his 22-man roster on Tuesday after forward Gabriel Vilardi was ruled out of the tournament due to injury. Vilardi is the second player Canada has lost due to injury, with Alex Formenton suffering an injury during Selection Camp last week.

Canada’s roster includes 10 NHL first round picks, as well as one 17-year-old prospect not eligible to be drafted until 2020.

The tournament begins on Boxing Day in Vancouver and Victoria, with pre-tournament games kicking off this week in nine different arenas in British Columbia. Team Canada plays exhibition games against Switzerland and Slovakia in Victoria this week, before their final tune-up contest against Finland Sunday in Vancouver. 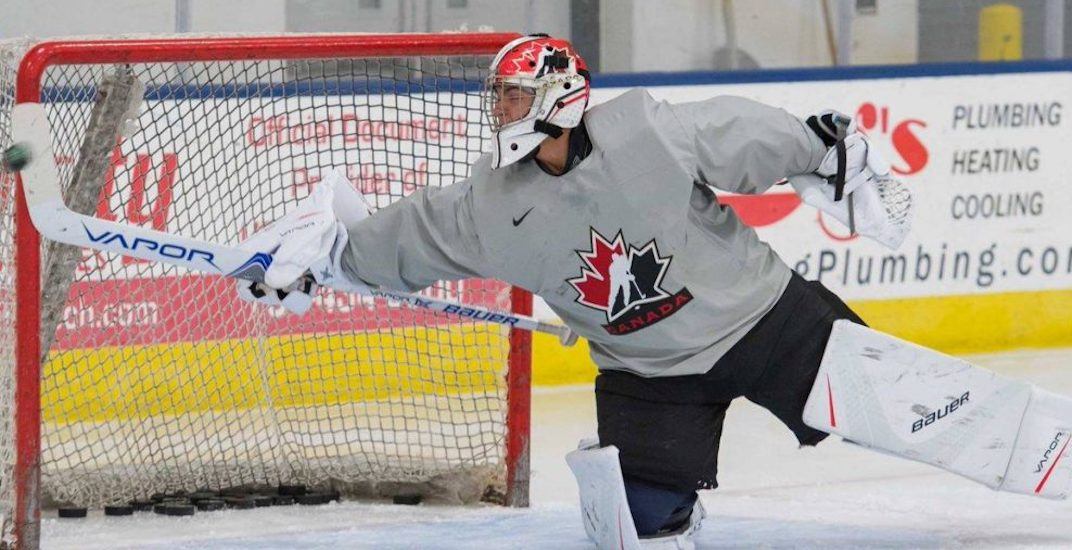 A winner of the Memorial Cup in 2017 and OHL Goaltender of the Year in 2018, Canucks prospect Michael DiPietro has been groomed for the starter’s job at this tournament.

Having just signed an entry-level contract with the Toronto Maple Leafs, Ian Scott has made a case to be Canada’s starting goalie based off the spectacular season he’s having with Prince Albert. 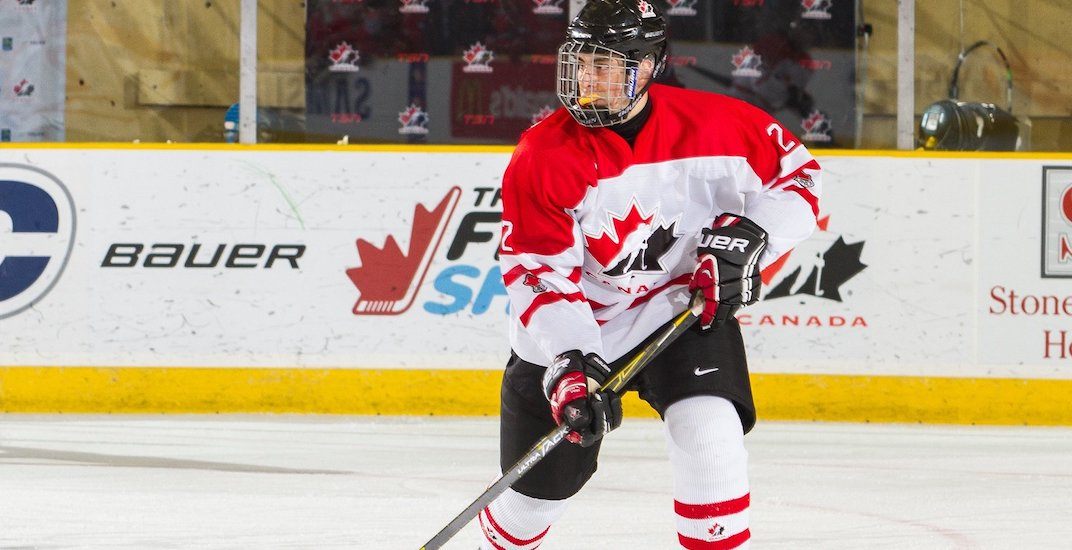 Evan Bouchard played seven games with the Edmonton Oilers this season before being sent back to junior. His teammates call is booming slap shot the “Bouch Bomb.”

Smooth-skating Canadiens prospect Josh Brook is scoring at more than a point-a-game pace in the WHL this season.

One of two Nova Scotians on the team, Jared McIsaac is a smooth-skating defenceman that acquits himself well at both ends of the rink.

The lone college defenceman on the roster, right-shooting Ian Mitchell has 41 points in 55 games with the University of Denver over the past two seasons.

Mobile defenceman Markus Phillips has boosted his stock since being drafted in the fourth round by the LA Kings in 2017.

The highest-scoring defenceman on the roster, Ty Smith is also the youngest player on the blue line. 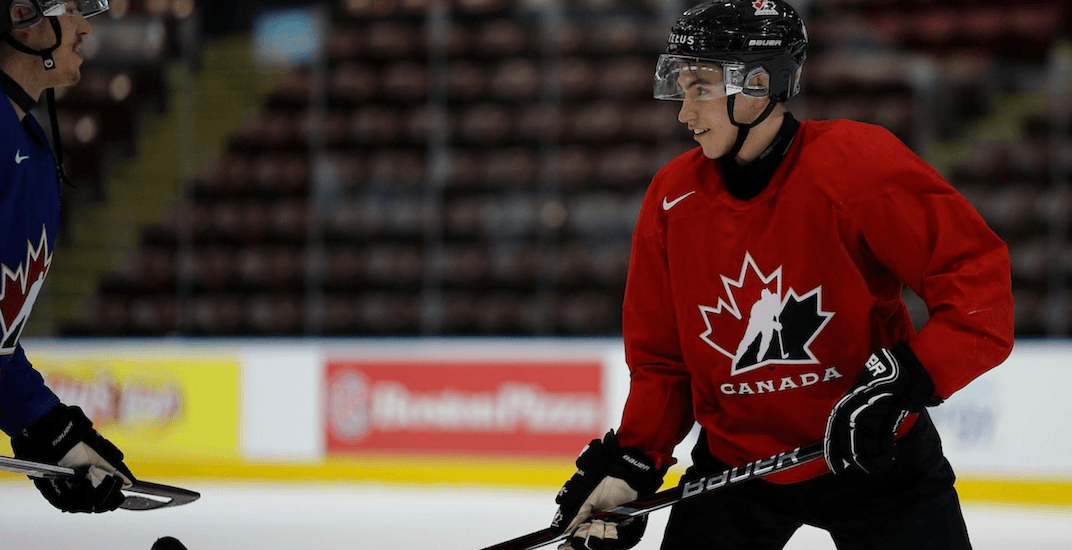 A second-round draft pick in 2017, Jaret Anderson-Dolan had a quick rise to the NHL, appearing in five games with the Los Angeles Kings this season. He’s only played two WHL games due to injury and missed the entire Team Canada Selection Camp in Victoria.

A first-round pick by the Ottawa Senators, Boston University centre Shane Bowers was traded to the Colorado Avalanche last season in the Matt Duchene deal.

Maxime Comtois is the only returning player from Canada’s gold medal winning team last year after Alex Formenton suffered an injury during Selection Camp. He’s already had success at the NHL level, scoring seven points in 10 games with the Anaheim Ducks this season before returning to junior.

An Arizona draft pick, Mackenzie Entwistle was traded to Chicago as part of a seven-player deal last summer.

The player the Vancouver Canucks passed on to take Elias Pettersson in the 2017 draft, playmaking centre Cody Glass is one of the top scorers in the WHL this season.

A surprise pick by the Arizona Coyotes with the fifth overall pick in June, Barrett Hayton is a smart two-way centre.

The youngest player on Team Canada, 17-year-old centre Alexis Lafreniere is ripping it up in the QMJHL this season, but isn’t eligible for the NHL Draft until 2020.

Overlooked in the NHL draft twice, 19-year-old Brett Leason wasn’t invited by Team Canada to the World Junior Summer Showcase. The 6-foot-4 centre couldn’t be ignored after scoring an eye-popping 64 points in 31 games this season though, and will be taken by an NHL team at the draft in June.

Drafted by the Vegas Golden Knights and traded to the Montreal Canadiens as part of the Max Pacioretty deal, Nick Suzuki finished top-five in OHL points in each of the last two seasons.

No relation to longtime NHL coach Dave Tippett, goal-scoring winger Owen Tippett made the news recently for an unusual reason. He was suspended five games for flipping a foam puck into the stands, despite the fact it was a harmless act.

A speedy two-way forward, Joe Veleno is one of the top scorers in the QMJHL this year.