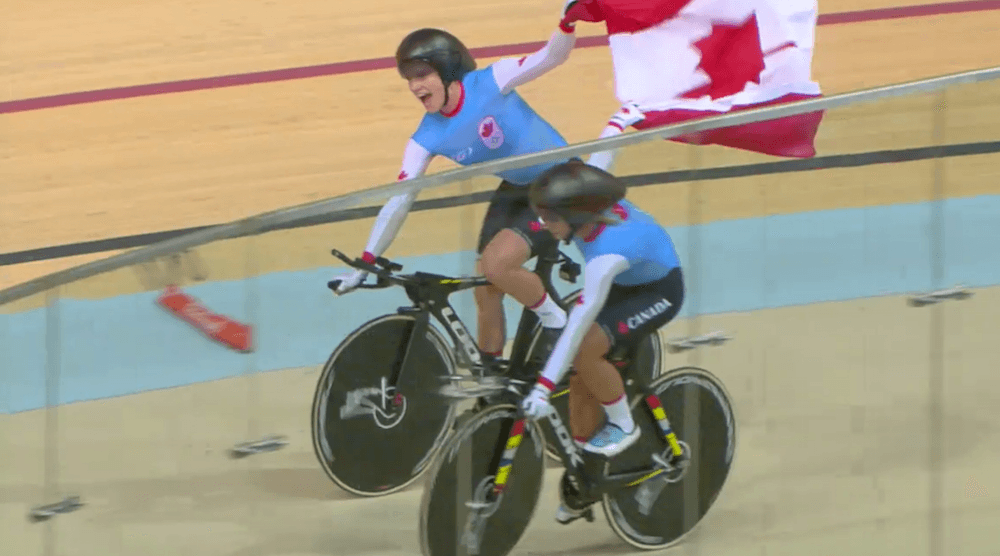 Canada has defeated New Zealand in the bronze medal race at the Olympics in women’s team pursuit cycling. The team of Allison Beveridge, Jasmin Glaesser, Kirsti Lay, and Georgia Simmerling finished the race in a time of 4:14.627, well ahead of New Zealand (4:18.459).

Canada led from start to finish in a race that wasn’t close.

This is an incredible athletic achievement for all four racers, but for Simmerling in particular. The Vancouver native competed in alpine skiing in the 2010 Winter Olympics, and ski cross in 2014. She recently switched to cycling and is already on the podium.

The medal is Canada’s 11th in Rio, as the incredible run by our female athletes continues. Canada has won at least one medal every day since the Opening Ceremony.

That moment when you win a #Bronze medal at the #Olympics #Rio2016 https://t.co/JAoL0ve2RK https://t.co/5KVb5AkbyK