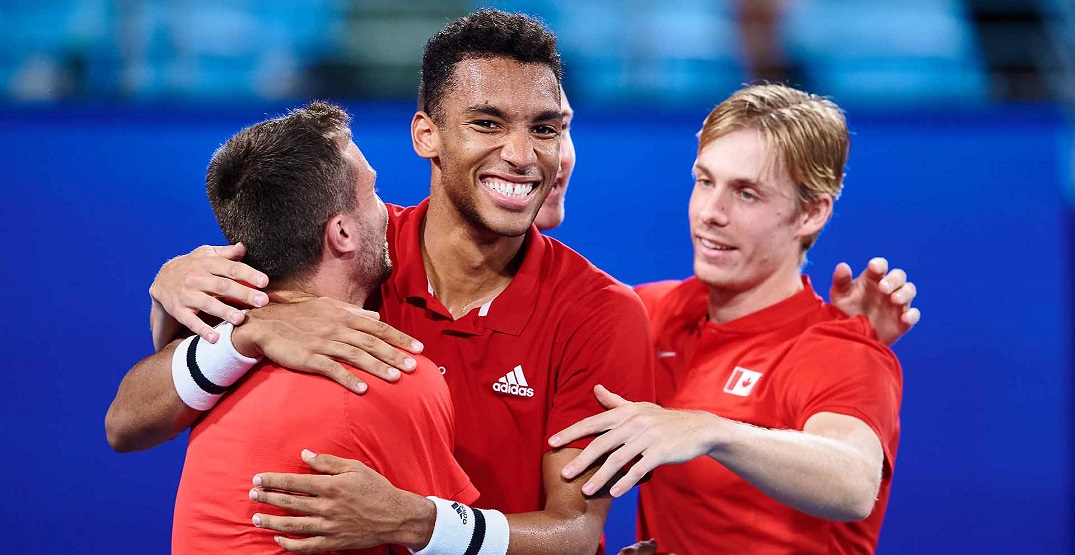 In a thrilling pair of matches Sunday, Canada claimed victory over Spain in the ATP Cup Final in Sydney, Australia.

“The emotions are unbelievable. There’s no better feeling than winning,” Auger-Aliassime said following the match, per ATP. “We left everything out there.”

Denis Shapovalov had topped Pablo Carreño Busta in the first match of the final by a 6-4, 6-3, score.

Auger-Aliassime is set to climb to a career-high ninth in the ATP rankings following the win, per Jose Morgado.

In the best-of-three format with a pair of singles and a doubles match (in group play and when necessary in the playoffs), Canada looked in tough after falling 3-0 to the US in group play. Canada also fell behind 1-0 against Great Britain after Shapovalov dropped a singles match, but they found a second gear after that.

“We came back from far in this competition, losing our first four matches. But we never stopped believing,” Auger-Aliassime added.

Canada then reeled off wins against Great Britain and Germany in group play, including Auger-Aliassime knocking off World No. 3 Alexander Zverev, earning them a berth in Saturday’s semifinal.

From there, Canada took out Russia’s team of Daniil Medvedev and Roman Safiullin in a decisive doubles match after splitting a pair of singles matches to advance to the final.

“We trust each other to the highest level,” Auger-Aliassime said. “Denis and I, everybody in the team — Brayden [Schnur] played in singles, Steven [Diez] played in doubles and they’ve been supporting us all week. They’ve got a tournament next week, but they’re here every day ready to practice, ready to support us.”

The ATP Cup serves as a precursor for the 2022 Australian Open, which is set to kick off on January 17, running through to January 30.

“All their egos are aside and we really trusted each other along the way and it came down to the perfect result. I’m super thrilled for everybody in the whole team and myself, of course.”