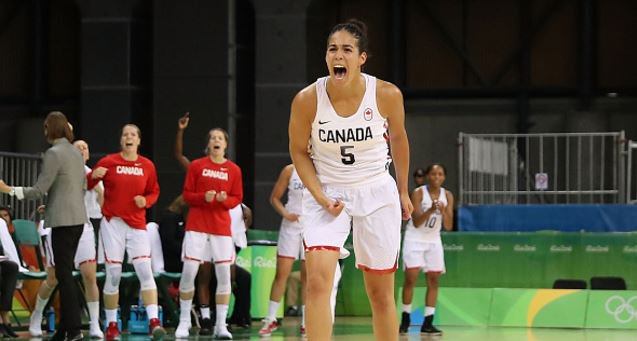 Canada has a perfect 2-0 record in women’s basketball after mounting an epic comeback to defeat Serbia 71-67 on Monday.

Canada trailed by 8 points at halftime, and looked to be down and out when Serbia took over in the third quarter. Serbia scored 9 points in a row to lead 49-32 with 6:33 to go in the third.

Down 12 heading into the fourth quarter, Canada began to mount a comeback. Employing a full-court press, Canada went on an 11-0 run to start the quarter, pulling themselves within one.

After some back-and-forth lead changes, Canada led by one when Miah-Marie Langlois hit a clutch three-point shot with 8 seconds remaining to ice it.

“It was just a complete team effort,” Nurse said. “After the first half we said, ‘Let’s get it done on the defensive end’ and that’s what we did. We came down with some boards, got out in transition and made them run and executed extremely well in the second half.”

Canada has three games remaining in the round robin portion of the tournament. Their next game is on Wednesday against Senegal.