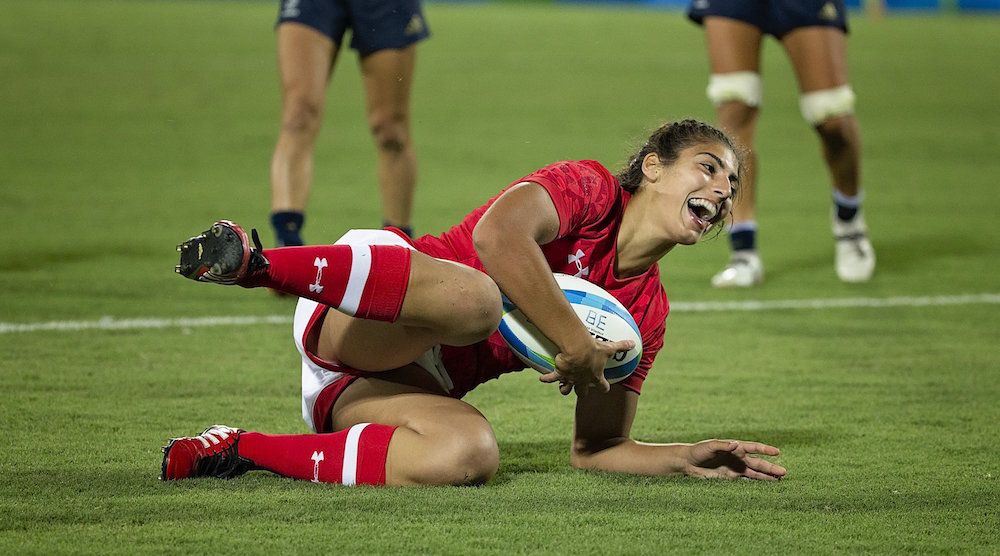 Canada has won the first-ever medal awarded in rugby sevens – a bronze – after defeating Great Britain 33-10 on Monday.

The Canadian women were on their game in the bronze medal match right from the get-go. Facing a team that beat them 22-0 yesterday, Canada scored first early in the game on a Karen Paquin try.

When you become the first ever #bronze medal champs in #RugbySevens. Here are all of the #CAN tries https://t.co/xWXDKOGLbd

With Canada leading 14-5, Great Britain took a yellow card. Up an extra player for two minutes, Canada made them pay, getting two tries before halftime to make the score 26-5.

From there, Great Britain would have needed a miracle comeback, which was not in the cards on this day.

“I’m just really proud of the girls,” said Canadian head coach John Tait. “I’m so happy to have a medal, to walk away with something. The girls showed Canada how good they really are and this medal means a lot to me. This is such a great game and so many people are going to be switched onto it now. Hopefully that’s going to keep us competitive and have us on the podium again in 2020.”