Prime Minister Stephen Harper’s Conservative government has no plans to drastically increase the number of Syrian refugees permitted to resettle in Canada.

During a Q&A session on his Facebook page this morning, Harper maintained that a thorough security screening process is needed for each refugee being considered entry given the risk that a terrorist could slip through.

“The situation in Syria and Iraq is troubling. Laureen and I were touched, just like all Canadians, at the pictures from last week,” Harper wrote on Facebook. “But, to help we must ensure we screen every potential refugee carefully.”

“We have been clear that we are willing to take more people, but we must be sure we are helping the most vulnerable. We cannot open the floodgates and airlift tens of thousands of refugees out of a terrorist war zone without proper process. That is too great a risk for Canada.”

The security screening used by the federal government includes the use of a time and labour-intensive biometric system, which will be expanded to the visa applications of all tourists, students, immigrants, migrant workers and refugees by 2018.

Another barrier also lies with the Conservative government’s 2012-implemented rule that the United Nations’ High Commission for Refugees (UNHCR), another country or another referral organization must deem an individual a ‘refugee’ before Canadian immigration officials will consider an application.

Even if the Conservative government were to change its policies, there could still be a struggle to accept more refugees due to a lack of resources.

According to the Canadian Press, the the recent decision to close the visa processing office in Damascus, Syria, which led to the case files being moved to the embassies in Jordan and Egypt. However, these embassies are already stretched for resources from private sponsorship case files submitted by Syrian families in Canada.

Additional funding for the Department of Foreign Affairs would be required to handle a new surge in case files.

There have been mounting calls from Canadians, elected officials in provincial and municipal governments, opposition federal party leaders, non-governmental organizations, U.N. leaders and other national leaders for countries like Canada to take in more refugees. This includes Vancouver Mayor Gregor Robertson’s willingness for Vancouver to become a ‘sanctuary’ for refugees as well as Premier Christy Clark’s $1-million ‘readiness fund’ to help refugees fleeing war-torn Syria settle in B.C.

The United Nations’ Refugee Agency stated at the end of August that over 300,000 refugees and migrants have crossed the Mediterranean Sea on their way to the safe haven that the European Union provides. This figure already surpasses the 219,000 recorded migrants in all of 2014.

Another 1.8 million have traveled to Turkey, over 600,000 to Jordan, and one million to Lebanon. Germany anticipates it will see as many as 800,000 refugees enter the country by the end of the year. Last month alone, Germany recorded the entry of 100,000 refugees. 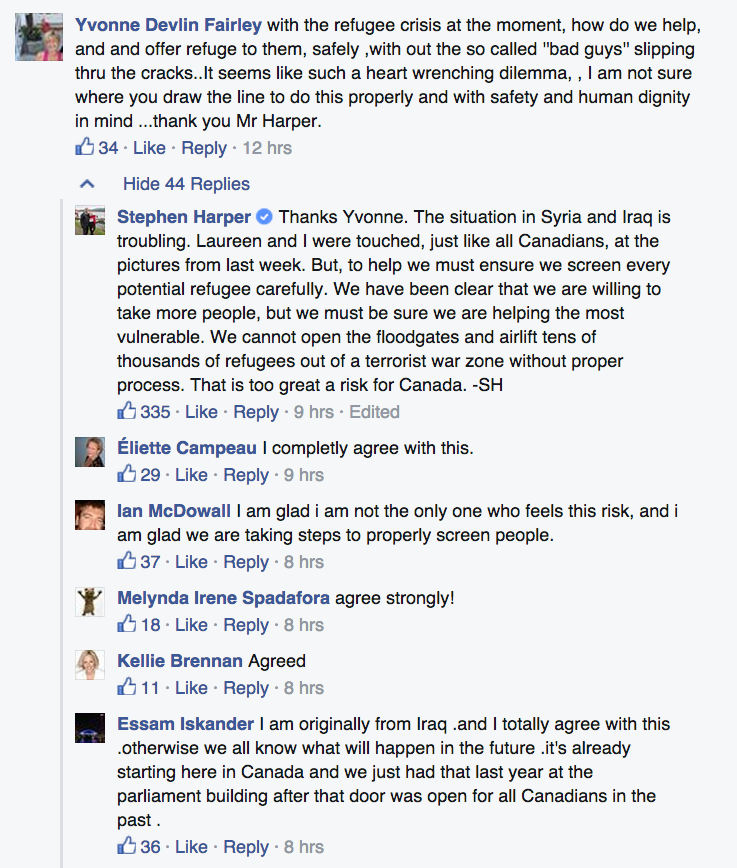