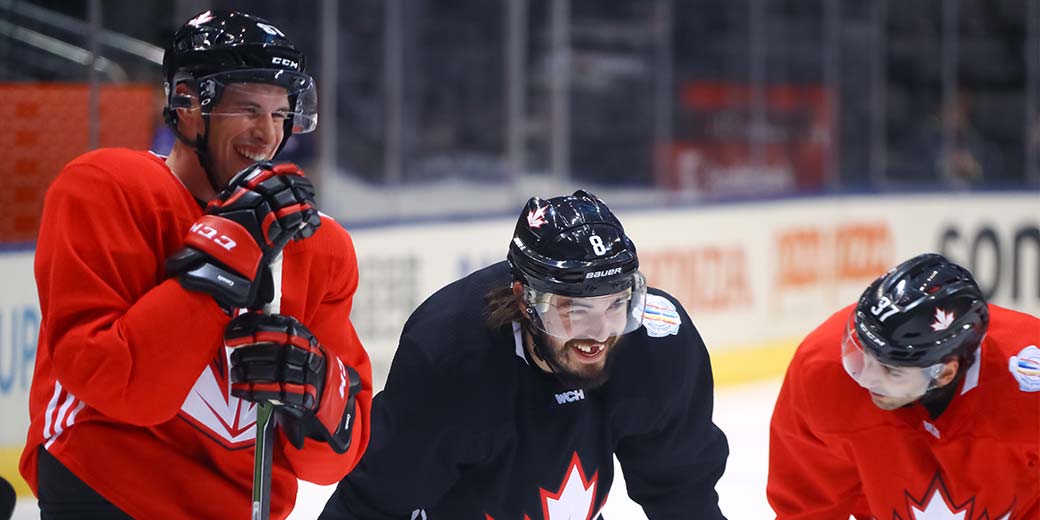 The most anticipated game of the preliminary round takes place on Tuesday night in Toronto (Sportsnet at 5 pm PT/8 pm ET), as Canada faces USA at the World Cup of Hockey.

Unlike the Olympic hockey tournaments we’ve accustomed used to, the World Cup doesn’t offer teams a cakewalk into the knockout round. Just two teams from each group advance, and with that, Canada can eliminate the United States with a win in just the second game of the tournament.

“We know the situation they’re in, but I don’t think it will change the desperation level,” Canada’s captain, Sidney Crosby said.

Team Canada’s saying all the right things heading into this game, and they’re right. After an easy 6-0 win over the Czech Republic, Canada can’t be lulled into a false sense of security.

“The most important game in the tournament is the one you’re playing,” said Team Canada head coach Mike Babcock. “In these tournaments one day you feel like everything’s going great, the next day you’re reeling.”

A loss to the Americans today would set up a potential must-win game tomorrow against Team Europe, who are the surprise team at this tournament. That’s something no team wants to face, and a position that USA is already in.

“It’s our Game 7 to stay alive in this tournament,” Ryan Kesler explained. “It’s a huge game and we need our best from everyone.”

After playing blood and guts hockey in two pre-tournament games against Canada, Team USA looked like a team expecting an easy time against Team Europe in the tournament opener. Instead, Europe took the game to them on Saturday, winning in convincing fashion.

For whatever reason, Canada and the US play more physically against each other than they do against other teams. The ‘Canadian style of hockey’ that was celebrated for generations seems to be gone in a lot of games against European teams, but that’s not the case when they play their rivals from south of the border.

That’s what we saw in the last game between these two teams, where John Tavares, of all people, laid out Kesler with a big hit on the first shift of the game.

“I don’t think it’s anything that we specifically say that we have to go out there and play more physical, but we know they want to play physical brand of hockey, it’s their type of style,” Tavares said. “I think you just prepare to adapt your game… We obviously want to stand our ground, we want to be physical, we want to play hard and to be hard to play against.”

With physical play comes the chance for players to get carried away, leading to running out of position or taking penalties.

“As a team we have some bigger guys that are physical,” Crosby told Daily Hive. “It doesn’t mean they have to chase hits, but that’s the game we try to establish, I think it’s part of the game they try to establish as well.”