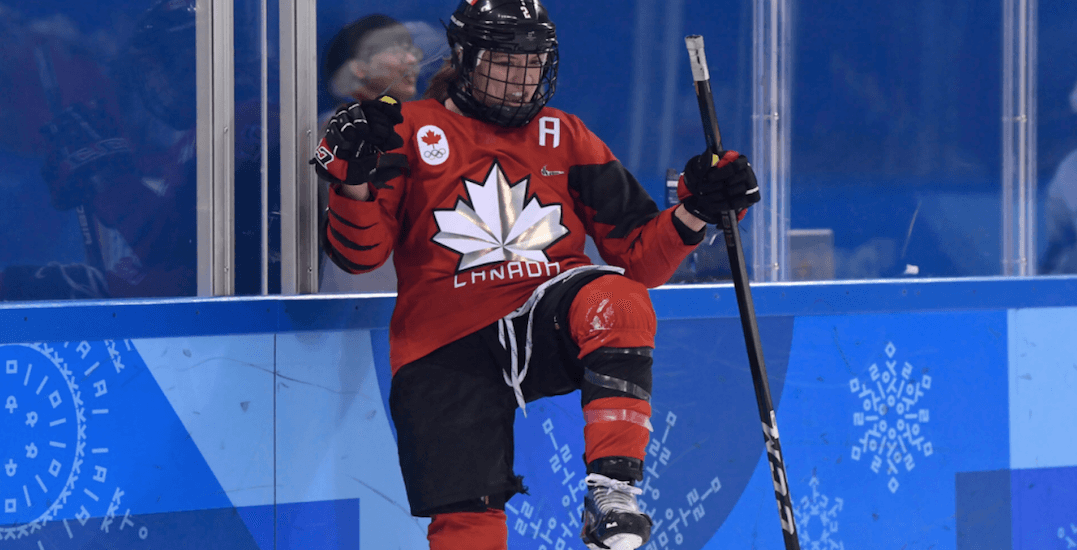 In one sense, this game didn’t mean a whole lot. The two best teams in the tournament, it would take divine intervention for Canada and USA not to end up in the gold medal game against each other once again.

But let’s be real, these teams hate each other. Every time they step onto the ice, it means something. Just watch this video of the teams mixing it up at the end of the game for proof:

Canada beat their arch-rivals 2-1, which gave them a perfect 3-0 record heading into the playoff round.

Meghan Agosta of Ruthven, Ontario, and Hamilton’s Sarah Nurse scored for Canada in the second period, helping our country to a 23rd consecutive win in women’s hockey at the Olympics.

GOAL! Sarah Nurse with an absolute snipe to put 🇨🇦Canada up 2-0 on the United States 🇺🇸 pic.twitter.com/tHNJtEsz7M

“We have something special here, we have a lot of depth on this team and great players with speed, talent and skill,” said Agosta after the game. “It’s going to take everybody, whether it’s their first Olympics or their fourth; we started this mission back in August and we need to keep it going.”

“It was an intense game, we expected that and I’m sure they did as well,” said Team Canada’s Haley Irwin. “We battled through right to the end and Lacasse really came up big for us.”

The loss was a tough pill to swallow for USA, as it was a long-awaited matchup following the team’s heartbreaking loss to Canada in the 2014 gold medal game in Sochi.

Both Canada and the USA have already locked down spots in Monday’s semi-finals, thanks to having won their first two games in Pool A.

Here’s to hoping we get to see this heated rivalry face off again in the gold medal game.