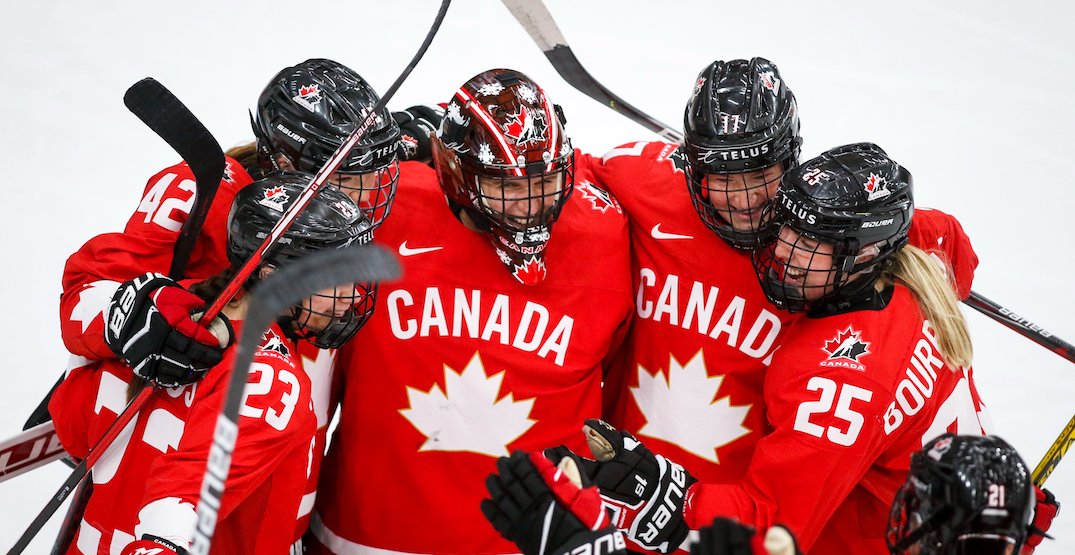 Canada is back on top in women’s hockey.

Captain Marie-Philip Poulin was the hero for Team Canada, scoring a beautiful breakaway goal in three-on-three overtime to give her country the gold medal at the IIHF Women’s World Championship.

Poulin knew the puck was in, but the referees didn’t, with video replay later confirming that the goal. When the buzzer sounded later in the shift, Team Canada players knew they had won 3-2, and poured onto the ice.

BAR DOWN FOR THE GOLD MEDAL! CAPTAIN MARIE-PHILIP POULIN HAS DONE IT! 🇨🇦#WomensWorlds pic.twitter.com/xm7uRGGgCQ

Canada fell into a 2-0 first period hole, as Alex Carpenter scored twice in 2:40 for the United States. The Canadians stormed back in the second period with two quick strikes of their own — first from Brianne Jenner, followed by Jamie Lee Rattray.

To say Canada has waited a long time for this moment would be an understatement. Their last World Championship gold medal came in 2012, with USA winning gold at each tournament since then. The 2020 World Championship was cancelled due to the COVID-19 pandemic, and the 2021 edition was postponed twice, and moved from Halifax to Calgary.

Players persevered through all of that, plus having to compete in a bubble. Family members were permitted into games, giving WinSport Arena in Calgary some atmosphere, though they were separated from players by plexiglass.