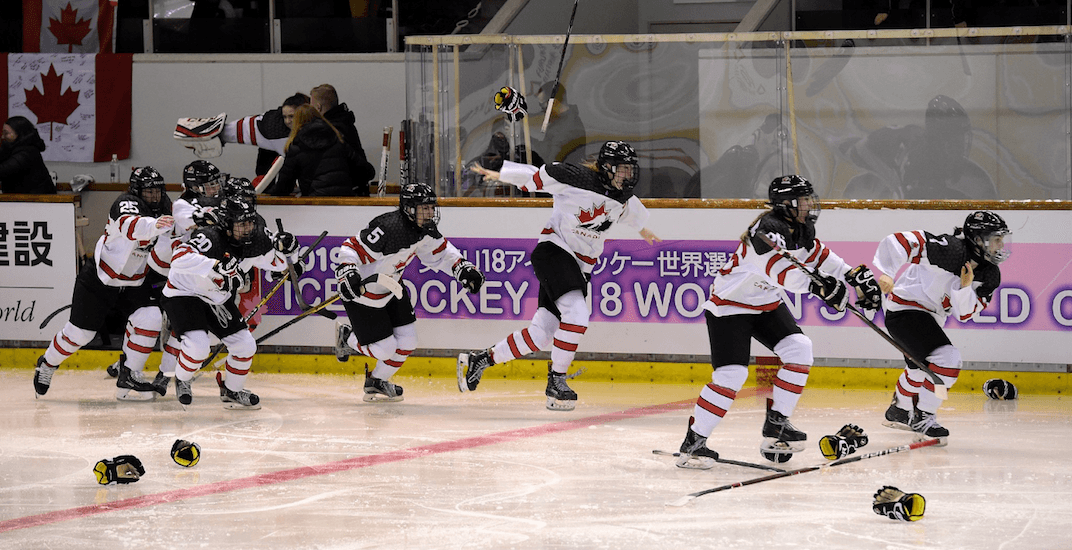 The United States’ reign of terror is over in women’s hockey, at least in one tournament.

Perhaps the greatest rivalry in all of sports is between the United States and Canada, who seem to play each other in every gold medal game. USA has dominated the rivalry of late, winning four straight World Championships, as well as the gold medal at the last Olympic Games.

In every one of those American triumphs, Canada lost gold in heartbreaking fashion, including overtime losses in 2016 and 2017, and a shootout loss at the PyeongChang Olympics in 2018.

Canada’s misery at the U18 World Championships has mirrored the senior level team, losing twice in overtime and once in a shootout, having their gold medal dreams dashed by the Americans every year since 2015.

But not this time.

Maddi Wheeler was the hero for Canada this weekend, scoring the game-winning goal 1:34 into overtime to defeat USA for the gold medal at the 2019 IIHF U18 Women’s World Championship in Obihiro, Japan.

Wheeler took the Team USA defender wide, driving to the front of the net and scoring on her own rebound.

“It feels amazing. This is the proudest moment of my life,” said Wheeler. “This is a family now, not just a team. I’m proud of everybody.”

Edmonton’s Danielle Serdachny and Anne Cherkowski of Vernon, BC scored the other two goals for Canada in the 3-2 win. Goaltender Raygan Kirk of Ste. Anne, Manitoba made 25 saves in the victory and was named tournament MVP.

“We are incredibly proud of our team’s effort and our athletes’ ability to overcome adversity when we found ourselves trailing in the game,” said Team Canada head coach Howie Draper. “It’s a great feeling to win a World Championship and bring a gold medal back to Canada, and I couldn’t be more proud of our athletes and staff for this amazing accomplishment.”