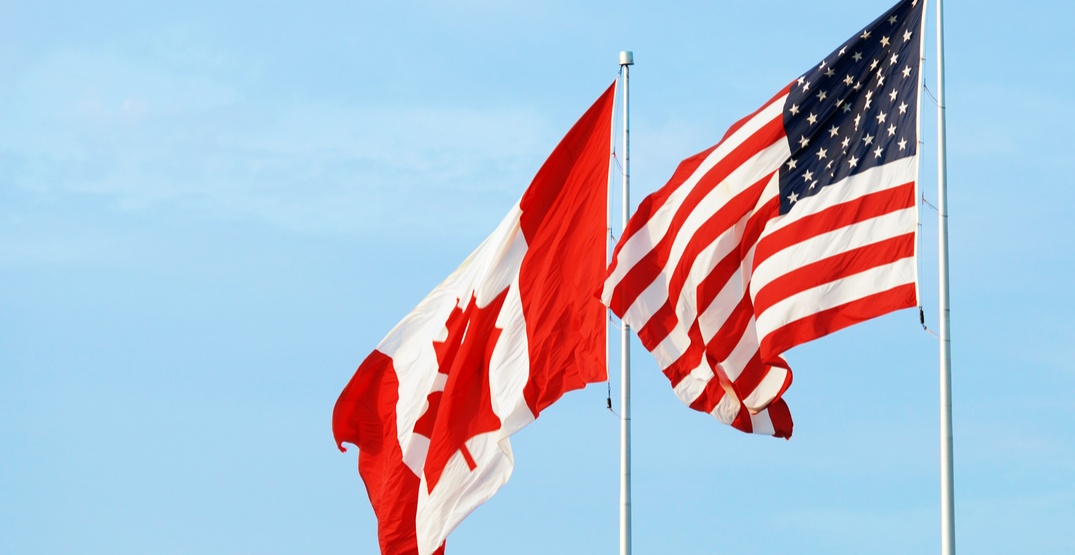 Canada’s overall opinion of the United States has dropped to the lowest its been in nearly 40 years, according to a new survey.

The survey also revealed that little more than one in ten Canadians express approval of US President Donald Trump.

This news comes during a year in which Canada has been in the US government’s crosshairs, with the contentious renegotiation of the North American Free Trade Agreement (NAFTA).

This, and the “increasingly acrid political and cultural divides wrenching the US domestic agenda” has contributed to driving Canadians’ opinions of the US to a historic low.

The recent survey, from the Environics Institute, shows Canada’s general opinion of the USA has declined sharply in 2018, with just 37% Canadians holding a favourable view.

These numbers are now at the lowest level since Environics began tracking this opinion in 1982.

Fewer than four in ten Canadians currently hold a very (8%) or somewhat (29%) favourable view of the US, which is down 10 percentage points from November 2017. 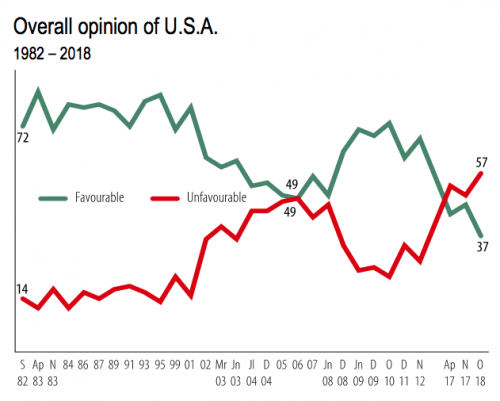 But Canadians aren’t just unimpressed with the US in general, they also strongly oppose President Trump.

Just over one in ten (13%) Canadians voice approval of his job performance, compared with 78% who disapprove and another 9% who do not offer a clear opinion either way.

As with overall opinions of the US, approval of Trump’s performance is comparatively higher among Albertans (24%), men (19%, versus 8% of women), and younger Canadians (17% among those 18 to 29 years of age). 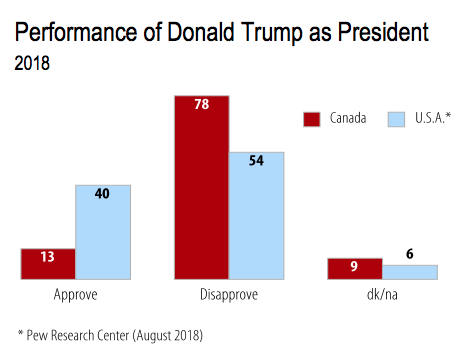 This survey was based on telephone interviews conducted (via landline and cellphones) with 2,000 Canadians between October 1 and 14, 2018.

A sample of this size drawn from the population produces results accurate to within plus or minus 2.2 percentage points in 19 out of 20 samples.