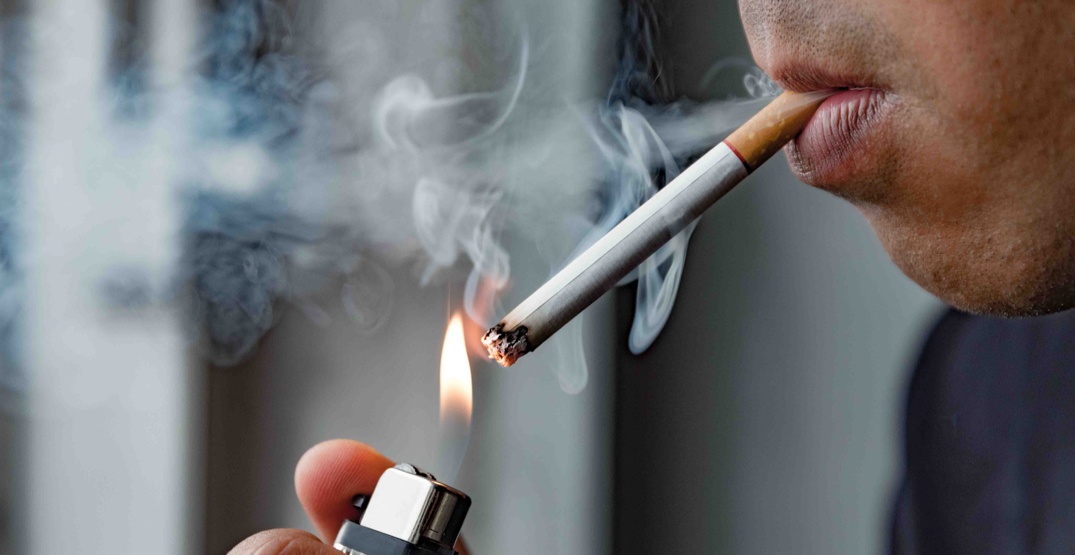 While today is “World No Tobacco Day,” a new report released by the Canadian Lung Association is stressing that an age of “no tobacco” won’t come any time soon if Canada doesn’t step up its game.

The 2019 Tobacco Endgame Report, which was compiled by the Tobacco Endgame Cabinet, a team of experts on tobacco control, is highlighting that the country is not on track to reach its goal of 5% tobacco use by 2035. It is pushing for stronger tobacco control across Canada and is urging not just the feds, but each province to do their part in implementing tobacco reduction measures.

“We need all levels of government to light a fire under the policies and tobacco measures and really lead an effective change,” said Terry Dean, president and CEO of the Canadian Lung Association, in a statement. “Less than 5% by ’35 is not just a goal, a number, or a tagline. It represents the number of Canadians who can lead healthier, longer lives.”

Last year, the federal government outlined a national Tobacco Strategy in which it invested $330 million over five years, implementing several measures to help Canadian smokers quit and educate youth about tobacco’s dangers. Part of the strategy has been the announcement of what will soon be plain packaging for tobacco products.

The current rate of tobacco use among Canadians is 16%, and while the Tobacco Endgame report commends some of the national efforts to get there—things like smoke-free public places, tax increases, and education campaigns—it advocates that the current state of affairs for tobacco reduction just won’t cut it.

In fact, it projects that if the status quo is maintained, the country’s current prevalence of smokers would reduce to 12.9% by 2035, only a few percent down from its current rate.

“Canada needs to do better,” the report reads, reinstating that tobacco use remains the number one of cause of preventable disease and death in Canada, with 45,000 Canadians succumbing to tobacco-related disease yearly.

According to the report, measures like increased tobacco tax rates have been highly effective in the past in reducing tobacco use, particularly among youth, and should be implemented further. Not just on a national level, but on a provincial level as well.

It also advocates for increased tobacco control efforts, such as reducing the accessibility of tobacco products by selling them in tobacco-only stores, similar to the way cannabis is sold in the country. Not one provincial or territorial government has set out strategies to reduce the number of tobacco retailers, the report says.

Federal and provincial health ministries can also prioritize increasing smoke-free bans in places like hospital grounds, social housing, and universities and colleges. These are implementations that some, but not all provinces, have made efforts to improve. For example, the report cites that only Ontario, New Brunswick, Prince Edward Island, Newfoundland and Labrador, and Nunavut have completely banned smoking on hospital grounds.

Among others strategies, the report cited increased smoking cessation programs, increased efforts to prevent the use of e-cigarettes, and an investment on the part of the tobacco industry to reimburse governments for strategy costs as steps forward to reach the Tobacco Strategy’s 2035 goal.

Canada’s tobacco industry currently draws in a revenue of $2 billion a year, according to the the report.

You can see the Tobacco Endgame Cabinet’s full 2019 report here.