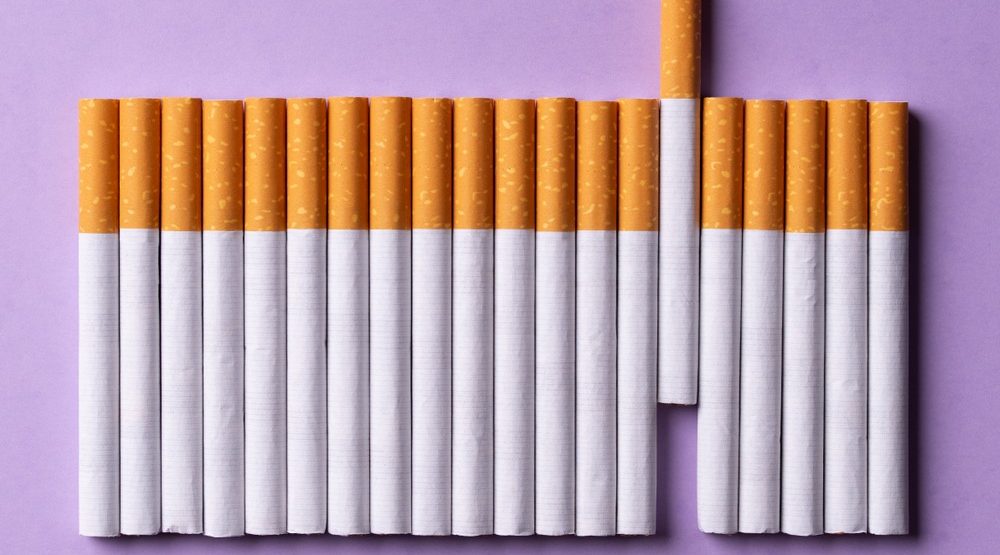 Since including pictures of people dying of cancer, children with respiratory diseases, and that generally awful picture of a tongue on packs of smokes isn’t enough, Health Canada has released updated regulations for tobacco packaging yet again.

The warning labels will stay the same, however, the rest of the package will be required to meet the agency’s new plain packaging regulations — and when the Canadian government says plain, they know what they’re talking about.

“We have fulfilled our commitment to implement plain packaging requirements for tobacco products,” said Minister of Health Ginette Petitpas Taylor. “The evidence is overwhelming that plain packaging is an effective way to drive down tobacco use, especially among young people. Reducing the rate of smoking among Canadians is a top priority for us.”

The new regulations are part of Canada’s Tobacco Strategy. Health Canada estimates that over 4 million Canadians (17%) use tobacco and a majority of smokers picked up the habit during adolescence or young adulthood — the best time to make decisions. The government’s strategy aims to lower tobacco use to 5% of the population by 2035.

“Canada is demonstrating global leadership by adopting the best tobacco plain packaging requirements in the world,” said Rob Cunningham, a senior policy analyst at the Canadian Cancer Society, in the release. “We strongly support these regulations. Tobacco plain packaging will protect youth, reduce tobacco use, and save lives.”

Plain package legislation has been introduced into 11 other countries, according to the press release.