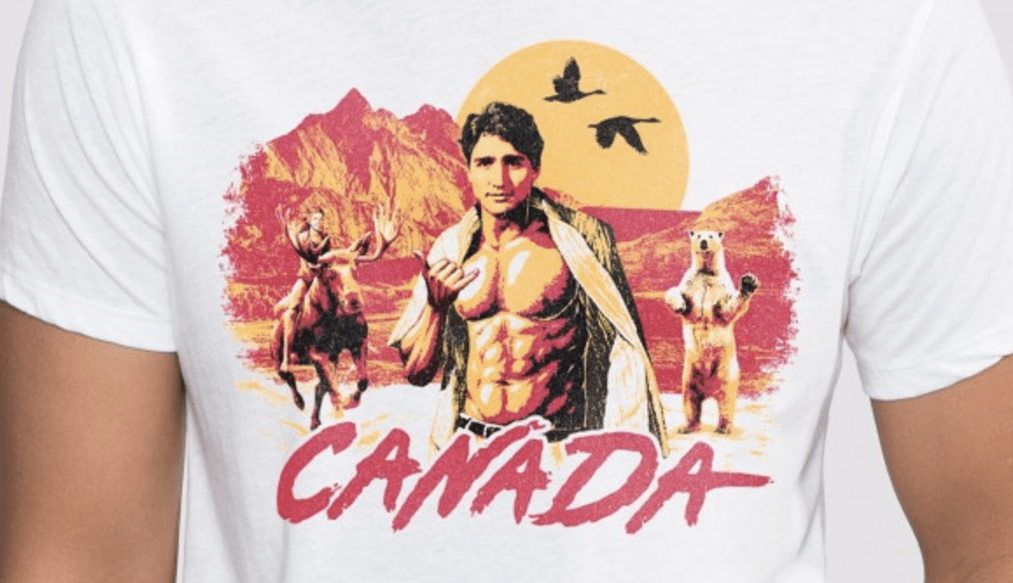 We already know that the world outside of Canada loves Justin Trudeau.

Canada is always the top country in the world for something, and the media doesn’t shy away when it comes to its love for our Prime Minister.

It was only a matter of time before the collective thirst appeared in fashion form.

On Wednesday, Canadian radio host Bill Carroll shared a photo of an Icelandic discovery on his social media.

Friend in Iceland saw this. Are you proud of how others view our country! I’m not! pic.twitter.com/KKAg0HB8Fe

Of course, the internet responded, and it turns out this has been a thing for a while. And people are actually wearing these already.

Saw a man wearing it on Canada day! Hilarious! pic.twitter.com/a18emymHf5

As for Canadians looking to buy this gloriousness, the shirt is available online for $24 US via Headline.

Oh, Canada. Land of beefcake prime ministers, moose-riding bikini models, and sunsets straight out of “Baywatch.” At least, that’s how we imagine it. Truth be told, it’s been a while since we visited. But let us have our fantasy, if only to escape our own news cycle for a minute.