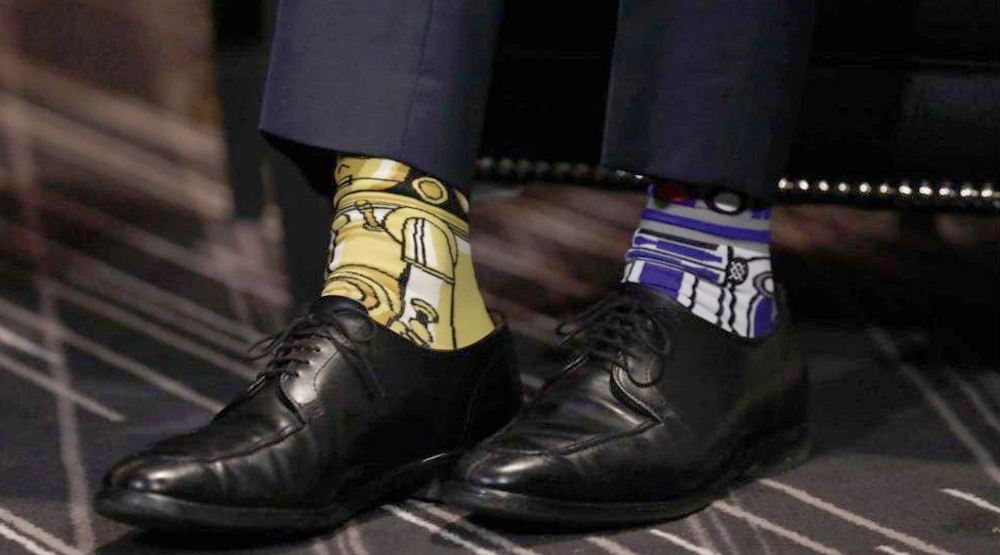 On Thursday, Prime Minister Justin Trudeau held a bilateral meeting with Irish Prime Minister Enda Kenny in Montreal. The two discussed the relationship between Canada and Ireland, including how the two countries could create more jobs and strengthen economic relations through CETA (the Canadian-European Union Comprehensive Economic and Trade Agreement).

“CETA is proof of what Canadians and Irish can achieve when we work together,” Trudeau posted on Facebook. “Thanks Enda Kenny for your partnership – and welcome to Canada.”

Being May the 4th, Trudeau took the opportunity to let his  coolness show.

Yes, those are C-3PO and R2-D2 socks. He even Snapchatted them… 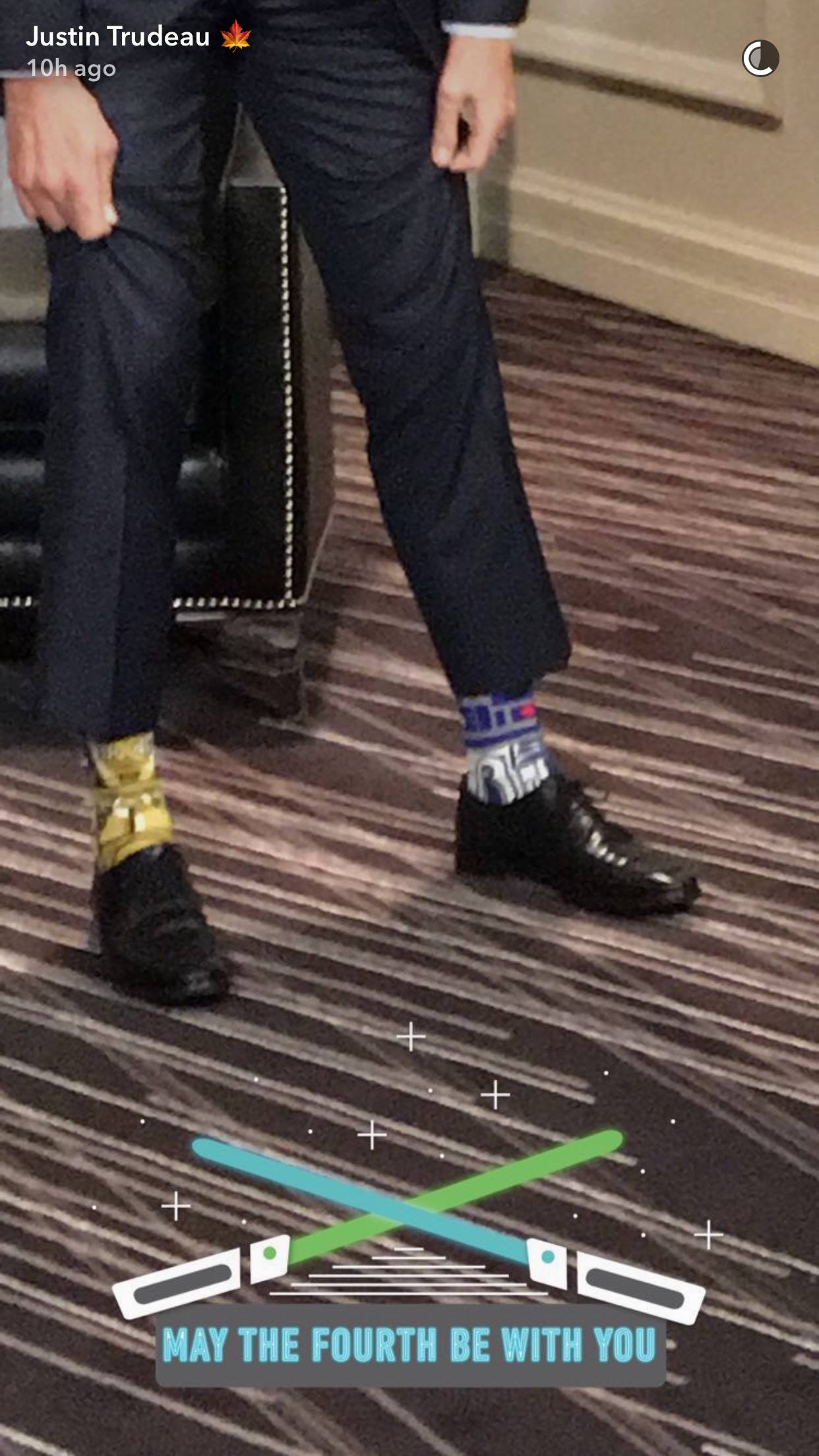 Trudeau’s expressed his love for Star Wars many, many times in the past.

Let’s start when he was 11 and took his dad, then PM, to see the movie.

The Return of the Jedi was “much more” than he expected.

In September 2012, he hit up Montreal ComicCon…

Went to the Montreal #ComicCon (for my kids, really!) and totally groupied out on Dark Helmet! Embarrassed, yet proud. pic.twitter.com/T9RfpWOe

…and said how exciting it was to meet Peter Mayhew, the actor who played Chewbacca. “Just to meet him was extraordinary for me. It’s my childhood right there,” Trudeau said.

A Star Wars plane is taking off just as Trudeau lands. It his favourite movie. http://t.co/tO3A43flDP pic.twitter.com/n5gISjE0xy

…along with Sophie Grégoire who went as Princess Leia.

Then he hosted a private screening of The Force Awakens…

Just saw #TheForceAwakens with friends from the Children’s Hospital of Eastern Ontario. Spoiler: It was amazing! pic.twitter.com/HVvdVDesfA

…and talked about how “It was a life changing movie.”

And here he is meeting some Star Wars characters.

After the announcement Trudeau met with some patients and Star Wars characters #cdnpoli pic.twitter.com/Yg0Xa9jNj8

The Force is definitely strong with this one.