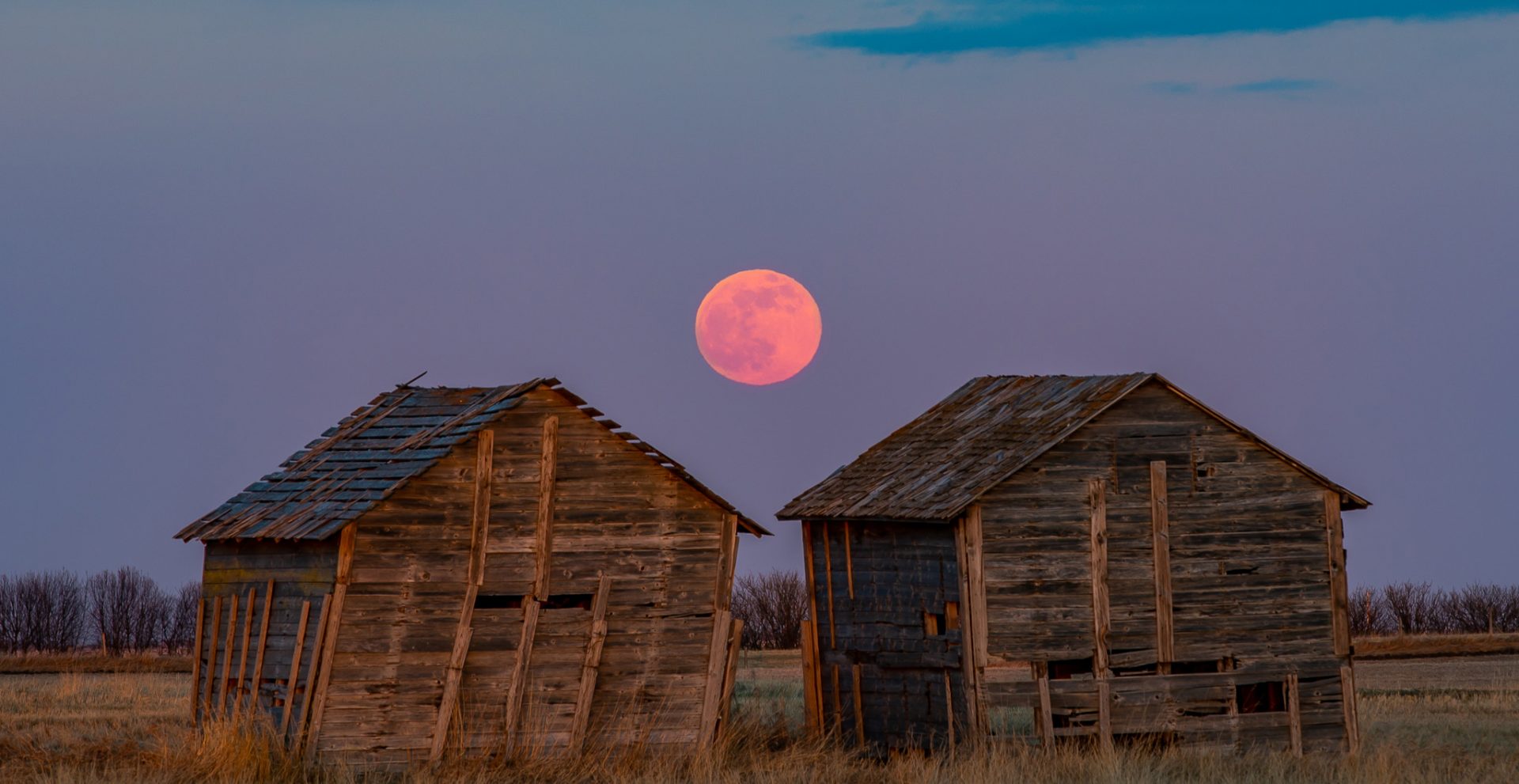 The Super Pink Moon was spotted in skies around Canada on April 26 and, according to the Old Farmer’s Almanac, this is the first of two supermoons in 2021, with the second set to occur on May 26.

Unfortunately, the Super Pink Moon doesn’t actually appear pink, but is instead its usual shade of gold, fading to bright white as it rises.

April’s full moon was given this name because it often aligned with the early springtime blooms of a wildflower called Phlox subulata, which also went by the name “moss pink.”

Calgarian Matt Melnyk snapped photos of the full moon around 8:40 pm on April 26, just as the sky was darkening.

“I’ve noticed when shooting these special moon rises, that they always show their true colours during the first 10 to 15 minutes after moonrise, after that the moon remains the normal natural colour,” Melnyk told Daily Hive. 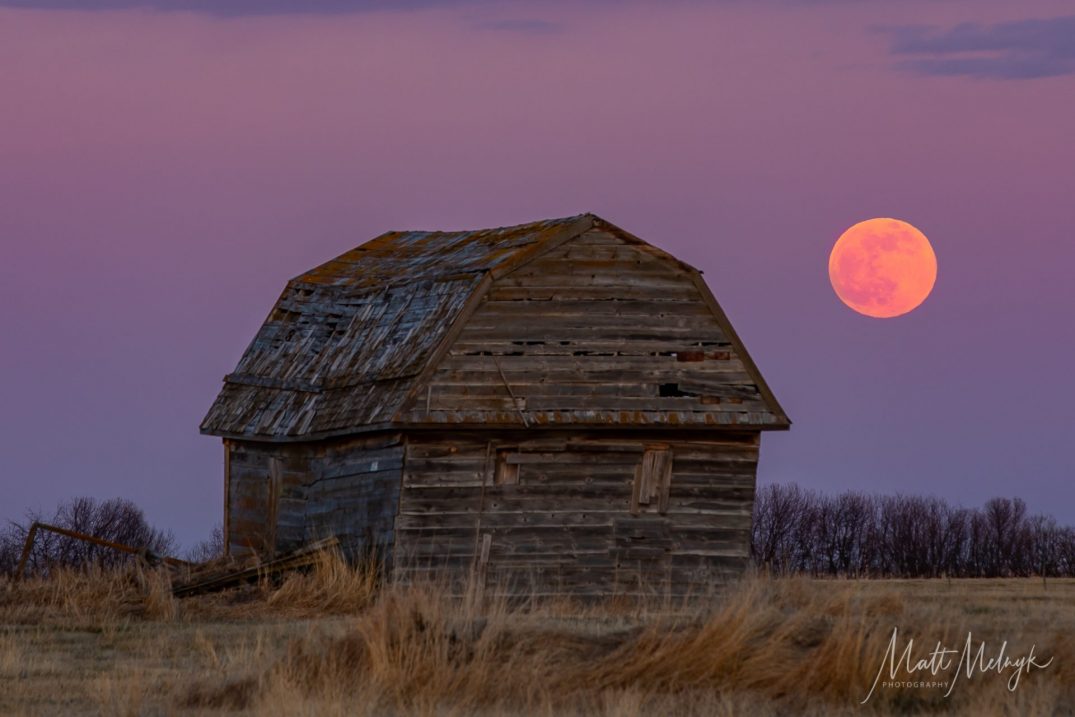 Melnyk chose this spot because it offered a great view of barns, while looking east as the moon rose, creating a classic Alberta scene. The photographer used a tripod to snap pictures so that he could use the longer exposure that’s needed as the sun sets.

Were you lucky enough to catch a glimpse of last night’s Super Pink Moon?

Did you catch the Super Pink Moon’s spectacular display? 🌕✨

@DoYouEvenLif a couple from BC Canada tonight from my phone. Have to transfer the past couple weeks from my camera soon. #PINKMOON pic.twitter.com/CWlNEXGtcp