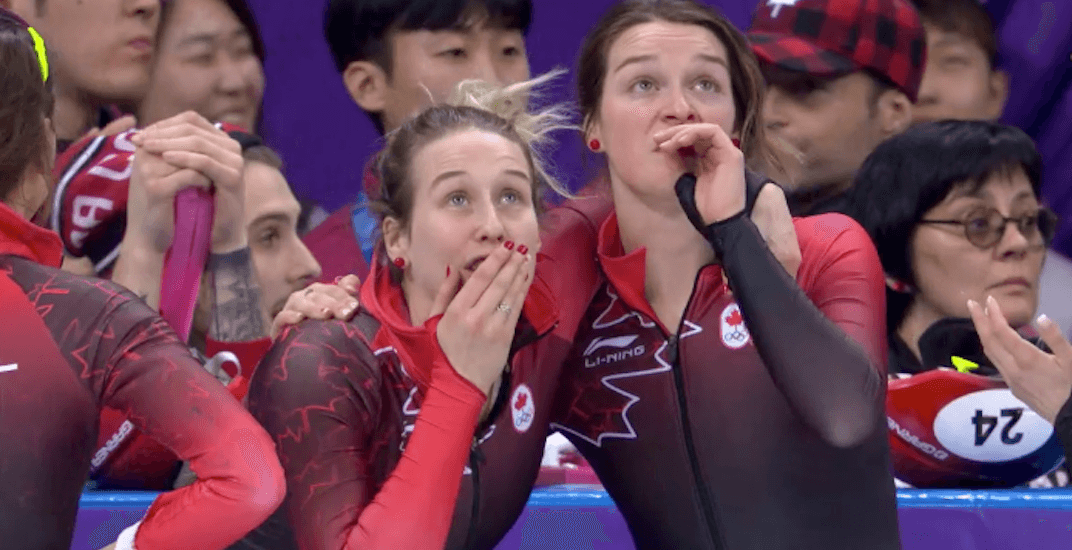 Short track speed skating can be a cruel sport at the best of times. With skaters traveling in close proximity at high speed, collisions are inevitable.

That was never more true than on Tuesday during the women’s 3,000-metre relay in PyeongChang.

With an Olympic medal on the line, Canada was in good position to stand on the podium.

While in third-place among the four teams in the race, things went awry for the team of Marianne St-Gelais, Kim Boutin, Valerie Maltais, and Kasandra Bradette.

This fall by Valerie Maltais in the short track relay started the confusion that led to Canada being disqualifiedhttps://t.co/zpQbFvSkx3 pic.twitter.com/OSu6Ltxg9k

During the changeover, Maltais was tripped up by a falling South Korean skater. Because the Korean had already tagged in her teammate, her fall was inconsequential.

For her country, anyway. 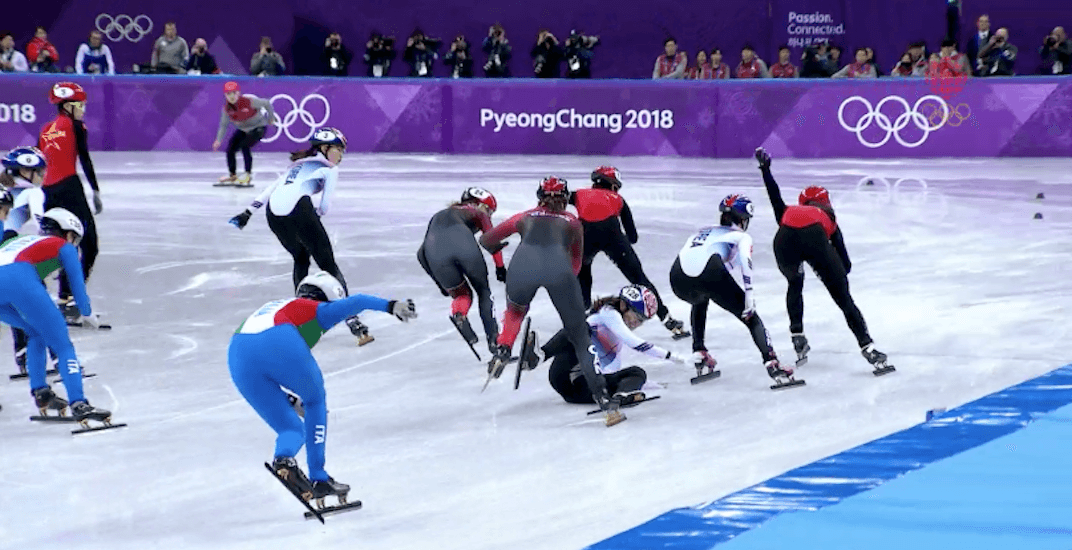 Canada’s Valerie Maltais gets tripped up by a Korean skater (Image: CBC)

Maltais was sent barrelling into the boards, pushing Canada in fourth spot.

But because falls and disqualifications are so prevalent in short track, Canada continued on with the race – hoping to catch a break.

Crossing the finish line well back in fourth place, Canada still had a shot at a medal after officials reviewed video. All it would take is one team to be disqualified and Canada would get a spot on the podium.

After a lengthy delay, China was disqualified from the race, but in a shocking turn of events, so was Canada. That meant that the bronze medal went to the Netherlands, the winner of the B Final, who weren’t even in the race.

Canada’s Kim Boutin was found guilty of impeding, as South Korea and China were racing to the finish. Boutin was looking for her teammate, as they were laps behind and she was about to be tagged into the race.

Somehow, officials deemed one inadvertent misstep – without any contact whatsoever – to be more egregious than tripping up an opponent, like what happened to Maltais earlier in the race. 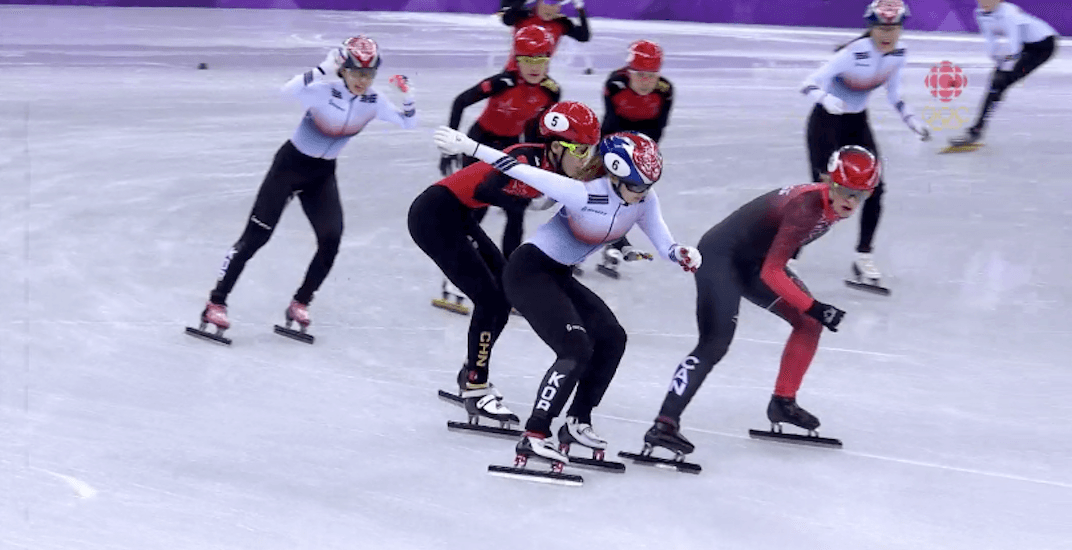 It had the Canadian team confused and upset.

Marianne St-Gelais says she was certain the Canadians had won a medal, that they finished race properly after crash and doesn’t understand why they were penalized

“I thought three teams were going to get disqualified before us,” said St-Gelais.

It’s a cruel turn of events for Boutin, who was the recipient of a bronze medal last week after a Korean disqualification.

Two things are puzzling about the decision to penalize Canada.

One, the Korean skater appeared to angle-off the Chinese skater – and was likely going to cross in first place anyway. Two, it would seem to be pretty inconsequential to impede on a disqualified skater.

🇨🇦 and 🇨🇳 get penalized in 3000m short track relay, pushing the Netherlands up to bronze medal position from the B Final.